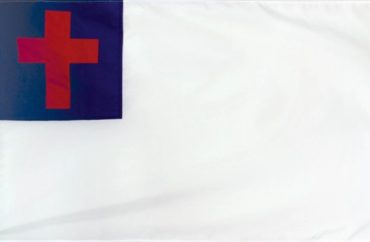 The threat of “Christian Nationalism” is so great that Harvard University’s student newspaper will dedicate a bi-weekly column to it.

Aidan Scully will write the “Free Exercise Thereof” column every other Tuesday in order to “investigate” the “concerted effort to undermine the separation of church and state” for The Harvard Crimson.

His column “will examine this rising wave of Christian Nationalism.” He wrote in his column today that “acknowledging and addressing this existential threat should be our utmost constitutional priority.”

A rallying point for Scully’s desire to expose “Christian Nationalism” is a Supreme Court decision from the summer that allowed a group of Christians to fly a flag with a cross on it at Boston’s city hall, not too far from where Scully takes classes.

The victory for Harold Shurtleff came after the city could not defend allowing LGBT and People’s Republic of China flags to fly but not a Christian one. The Supreme Court unanimously ruled in favor of Shurtleff, who later held a ceremony (below) to celebrate the victory and fly his flag (version of the flag pictured).

“The flag only flew for two hours, but in that time it sent a clear message to the nonreligious and non-Christian communities in the city — that those who viewed their community as fundamentally Christian would always win out,” Scully wrote.

He wrote that “Christian Nationalism” is “an ahistorical movement which argues that the American identity is a fundamentally Christian identity.”

It’s not just that some people hold a misguided view on America’s history, according to Scully. Rather, this ideology is taking hold due to a “concerted effort on behalf of a small but critical minority of the Christian population.”

“And one by one, these policy shifts are constructing a religious hierarchy completely detached from the diverse religious perspectives held by Americans and out of touch even with the religion practiced by most Christians,” Scully wrote.

“Christianity has long held legal privilege in American society, but this new wave of Christian Nationalism is explicitly and dangerously reactionary,” he wrote.

“A small, reactionary subset of hardline Christians see the loss of absolute supremacy for Christianity in America’s religious landscape and view it as discrimination,” he wrote. “To them, the United States has always been a Christian nation. And for those two hours on August 3 [when the Christian flag flew in Boston], their message came through loud and clear.”