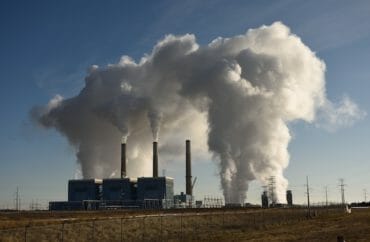 “Harvard will seek to become fossil fuel free by 2050 by meeting our energy needs with sustainable sources and by setting targets for purchasing externally-provided services that rely as little as possible on fossil fuels,” Faust said, according to a report in The Harvard Crimson.

The school will also shoot to become “fossil fuel-neutral by 2026,” according to The Crimson.

The ambitious proposals come several months after Yale announced it would be implementing a “carbon charge” in order to offset resource usage at the university. The scheme will “charge departments a fee if they use more than an established baseline amount” of electricity, natural gas and other resources.

Yale’s climate goals, according to Faut, are “in response to the threat climate change poses to humanity and the planet.”

“We have continued to witness the detrimental effects of climate change here in the United States and around the world,” Faust wrote. “We have also seen an elevation of baseless skepticism of science—of the facts it generates and the value it produces—in our public discourse, and in research essential to human progress has come under assault.”

Faust also wrote that scientific research into the various implications of climate change drove the University’s dedication to fossil-fuel reduction. The action plan attached to her email included findings from Harvard School of Public Health researchers that asserted fossil fuel emissions can produce a variety of medical consequences in addition to environmental ones.

The plan also includes proposals for continued student and faculty research into climate issues using Harvard’s campus as a “living lab.” Since 2014, the University’s Climate Change Solutions Fund has contributed nearly $4 million to more than 30 climate research projects across a variety of disciplines, according to a press release attached to Faust’s email Tuesday.

Yale plans to “work collaboratively with the cities of Boston and Cambridge to reach its climate goals,” according to The Crimson. Those two cities are shooting to be carbon-neutral, though not necessarily fossil fuel free, by 2050.