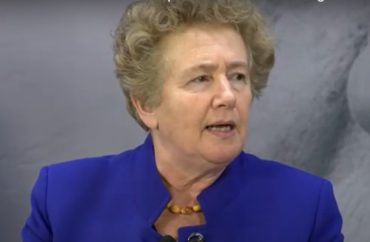 Compares it to fascist political parties

A Harvard University professor recently told Vox that the United States faces an “existential crisis” because of the Republican Party’s political strategy.

Would you say that the biggest weakness in the American system right now is this combination of the intractability of our Constitution and the fact that one of our major parties, the Republican Party, is basically invested in an anti-democratic, countermajoritarian agenda? [Referencing GOP efforts to combat efforts to expand mail-in voting.]

“It’s true that we’re facing an existential crisis in part because the Republican Party has put all of their appeals into a shrinking sector of the electorate — mostly white, mostly older,” Norris said. “And they’re using their power to change the rules of the game to favor their own party.”

Like many, veering between hope for the best and fear for the worst.https://t.co/01u3F7jB4d

Norris also compared the GOP to three European political parties that have been accused of promoting fascist and neo-Nazi ideology.

Illing asked if the Republican Party is “the biggest obstacle to making the sorts of changes we need to make?”

It is. I’ve done a global party survey in December 2019, asking over 2,000 experts where they place mainstream political parties worldwide on a range of issues, from taxes to health care to environmental policy. And the US results are quite remarkable. If we’re just looking at OECD [post-industrial] countries and trying to measure whether parties favor or oppose checks and balances on the executive, if they’re committed to basic pluralistic values, and if they respect or undermine liberal democratic principles, what you find is that the GOP is surprisingly extremist.

The position of the GOP on these issues is close to parties like Golden Dawn in Greece [a neo-fascist party], Fidesz in Hungary, or the Law and Justice party in Poland. These are illiberal parties cutting back on the freedom of press and stamping out democratic freedoms in their countries. And these are the only parties in the developed world that really compare to the Republican Party in terms of their commitment to what we’d call authoritarian values.

Norris further warned about what she believes will happen if President Donald Trump wins in 2020:

If Trump returns to office, then things are going to get worse. We know that when authoritarian populists come in the first term, they’re just trying out ideas, seeing what works and what doesn’t. But they’re almost always more moderate. The second term is when it’s much more problematic. And the worst case would be something like Hungary, where illiberal populists have destroyed the foundations of the electoral system in ways most people don’t really understand. It all happened right in front of people’s eyes, but not enough attention was paid early on — and now it’s too late