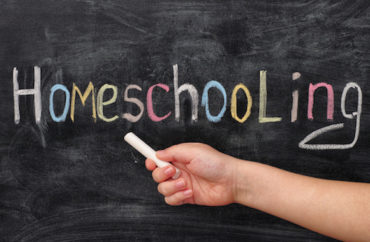 A prominent Harvard professor argued recently that homeschooling, particularly the largely unregulated style of it that exists throughout much of the United States, constitutes a danger to the country and to schoolchildren, arguing that homeschooled children are ripe for abuse and that it poses a legitimate threat to the stability of American society.

Elizabeth Bartholet, the Morris Wasserstein Professor of Law at Harvard Law School, writes in The Arizona Law Review that American homeschool law, which generally grants parents broad latitude to control the education of their children, is “inconsistent with a proper understanding of the human rights” of those children.

Homeschooling has in recent decades exploded in popularity across the United States, thanks in no small part to the work of activist groups like the Home School Legal Defense Association, which has lobbied on behalf of homeschooling families since the early 1980s. Homeschooling is legal in every state in the country; around 3.5 percent of American students are homeschooled.

This regime, Bartholet argues, “means that parents can deny their children rights to education and to protection against maltreatment simply by not sending them to school.”

“Formal law, of course, does not affirmatively grant parents the right to deny education or to commit child maltreatment. But effectively it does just this by allowing homeschooling and failing to regulate it in meaningful ways,” she adds.

Citing several studies as well as “anecdotal evidence” that indicate some families abuse children under the guise of homeschooling them—as well as some evidence that homeschoolers don’t go to college at the same rate as non-homeschoolers and that they graduate “less likely to volunteer and…less politically engaged”—Bartholet argues that the potential for abuse and educational neglect within homeschooling necessitates a government system to more closely monitor and regulate homeschooling families:

We should have a comparable system governing homeschooling, designed to ensure all children an adequate education and adequate protection, even if we believed that most homeschooling parents are capable of and interested in providing such an education and that few would abuse or neglect their children when free from any surveillance in the privacy of their homes.

“The legal claim made in defense of the current homeschooling regime is based on a dangerous idea about parent rights—that those with enormous physical and other power over infants and children should be subject to virtually no check on that power,” the professor argues in her paper.

Speaking to Harvard Magazine about her article, Bartholet claimed: “I think an overwhelming majority of legislators and American people, if they looked at the situation, would conclude that something ought to be done.”