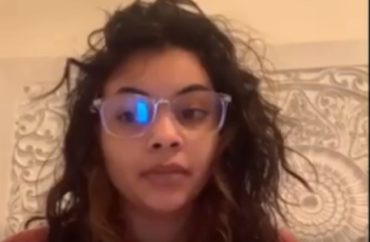 ‘There are absolutely no indicators of any racial intent’

A black student who said she was the victim of multiple attacks because of her race has been identified as a primary suspect in the alleged vandalism, according to a police report obtained by The College Fix under the Freedom of Information Act.

The Wayne State University Police Department said it spent “at minimum 200 man hours” investigating the alleged incidents that occurred in February and March 2021.

Zoriana Martinez alleged that on February 16 and March 1 someone threw eggs at her residence hall door. She also said someone tore down her LGBT Pride sticker and stole a photo of her dog.

This happened “all because [she was] a black person living in their space,” she said.

The video appears to be created from several Instagram videos and the audio issues are from the original videos.

But the police have concluded that she likely perpetrated the incident herself to obtain a leadership position in the Black Student Union.

If it was not her, the intent behind the acts were not for a racial reason.

“There are absolutely no indicators of any racial intent,” the report concluded.

There is not a listed police officer or investigator named on the report.

The April 23 police report said that “a few potential suspects were uncovered,” including the “complainant [redacted]” or an “unnamed girlfriend or boyfriend [redacted].”

The complainant is most likely Martinez. She did not respond to an emailed request for comment on June 9 from The Fix to ask her if she egged her own door or if she had any idea on who it could have been.

An unidentified person “refuses to provide information,” according to the report. The conclusions reached include that eyewitnesses to the event are possibly “non-existent” and “the complainant has made many enemies on campus” but none of the enemies have to do with the complainant’s “race or sexual identity.”

The police report said that the complainant’s peers in organizations that support “[redacted] lifestyle choices” are the ones questioning the account of what happened.

The complainant had a motivation to break her lease due to an unidentified reason having to do with a dog, the report said.

Martinez had claimed that Wayne State “forcibly removed” her from her dorm, though the university denied this allegation and she did not respond to requests from The Fix previously to provide video of the incident.

Student employee appears to know something, but won’t talk

The report says that “Isis,” a Wayne State University employee, “isn’t compelled to speak with police or WSU administration despite the fact that Isis is a WSU employee and holds some obligation to report such concerns.” The report indicates that Isis would know more about who perpetrated the vandalism.

“From a strictly evidentiary perspective, my conclusion is that this incident most likely didn’t occur as narrated,” the police report said. “The evidence concludes that absent any direct evidence any further time or effort expended on this matter would bear fruitless.”

One, Isis Washington, is a student assistant in housing and residential life, according to her profile.

She did not respond to an email sent on June 9 that specifically asked her to confirm she was the one mentioned in the police report, if she knew who did the egging and if it was indeed Martinez.

The College Fix also contacted the Black Student Union, which had organized around the incident and used it to ask for a number of demands from the university. 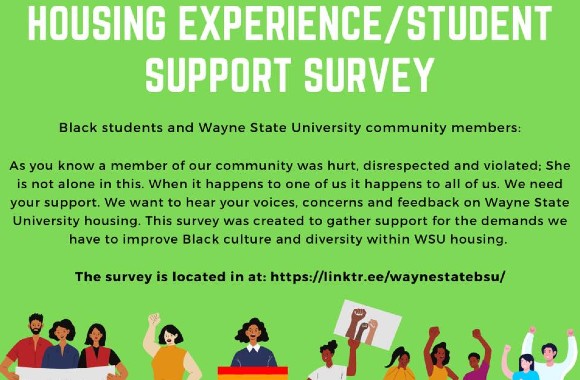 “As you know a member of our community was hurt, disrespected, and violated; She is not alone in this,” Taylor wrote on April 1 in the Facebook group along with the photo above. The Fix asked the BSU if it would release a new statement as police appear to think Martinez attacked her own door.

The university said it could not confirm the identity of “Isis” nor comment further on the investigation.

Matthew Lockwood, the university’s executive vice president of communications, did confirm to The College Fix that Martinez is enrolled for the fall semester.