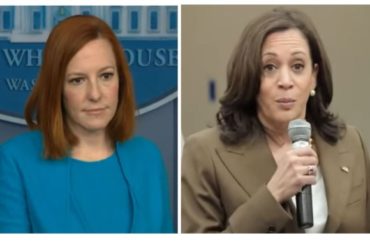 OPINION: Stop teaching our kids that reverse discrimination is okay

Secretary of Education Miguel Cardona and President Joe Biden have insisted that civil rights laws protect all students, even beyond what the laws plainly state.

They have gone so far as to stretch the Supreme Court’s Bostock opinion to apply it to all expressions of gender and sexuality, even when people with the same expression would be treated the same regardless of biological sex.

Well, if we take them at their word, we find quickly that senior members of the Biden Administration came from school districts and universities that discriminate on the basis of sex or race — or both at the same time.

I reported in February that Biden’s alma mater, the University of Delaware, has multiple programs, and advertises multiple scholarships, that discriminate against males in favor of females. Although I filed a Title IX complaint with the U.S. Department of Education in January, the wheels of justice turn slowly. Six months later, it appears that all of the programs still exist and that the department has taken no action whatsoever. The Women’s Leadership online certificate program will be back on October 8.

Vice President Kamala Harris’s undergraduate alma mater is Howard University, which violates Title IX by offering scholarships that are exclusive to women. The Walker’s Legacy Scholarship for Enterprising Women is, of course, only open to women, but it provides $25,000. While I filed a Title IX complaint with ED’s Office for Civil Rights back in March, OCR has not opened an investigation yet. All OCR really has to do to get started is visit each webpage and read it, then open the investigation and ask Howard if it has any defense.

Harris also attended a U.S. elementary school before her family moved out of the country. Thousand Oaks Elementary School is part of the Berkeley Public Schools (Berkeley Unified School District), whose high school sports a variety of Title IX (sex discrimination) and Title VI (race discrimination) violations. Berkeley High School runs several discriminatory clubs. These include Gifted Girls of Color and Queer People of Color, both of which violate two laws, and the district’s own nondiscrimination policy, at the same time.

At best, if somehow these clubs were really open to all students equally and equitably, the clubs still fail to effectively communicate nondiscrimination. Having a nondiscrimination policy elsewhere on the district’s website — which nobody reasonably believes Gifted Girls of Color actually follows — doesn’t cut it. OCR has my Title IX and Title VI complaint.

Secretary Cardona himself attended Central Connecticut State University — another violator. Back in 2019, Tech It Out included an all-girls residential program but no equitable program for boys, but this program appears no longer to exist. Likewise, the discriminatory Girl Power! and Girls and Power Tools 2020 programs appear not to be offered this year. Ideally they could come back as coed and with more inclusive names, but at least the violations appear to be cured.

Meanwhile, however, Cardona’s alma mater continues to hold Elect Her training exclusively for women. Although I filed a Title IX complaint back in January, OCR has let the discrimination continue by failing to act promptly.

Finally (for now), White House Press Secretary Jen Psaki is a 1996 graduate of Greenwich High School. The GHS Cardinals have four clubs that clearly discriminate on the basis of sex. These include GAINS, or Girls Advancing in STEM Network, which “connects girls with a passion for STEM subjects to support, encourage, teach and inspire one another.” This club is a school chapter of the national discriminatory GAINS Network, which says it is “a growing community of women and girls in STEM. High school girls!”

I surely would find more violations among the rest of the schools and colleges that Biden Administration officials have attended. That’s not because of them but because Title IX and Title VI violations are so widespread that it’s a national pandemic.

One way for the Office for Civil Rights to handle the evidently crushing caseload is to send out a reminder to all school districts and institutions of higher education that these civil rights laws mean what they say, and the schools and colleges should review their programs and clubs to comply with the law now rather than have to face complaints and the potential loss of federal funding.

Adam Kissel, former Deputy Assistant Secretary for Higher Education Programs at the U.S. Department of Education, is senior fellow at the Cardinal Institute for West Virginia Policy. He has also served as vice president and defense director at the Foundation for Individual Rights in Education, senior program officer at the Charles Koch Foundation, and director of civic and higher education programs at the Philanthropy Roundtable.