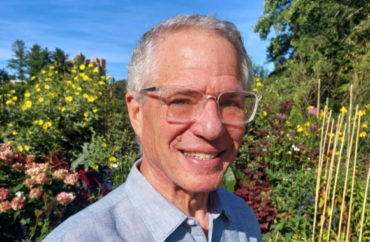 OPINION: I’m a squeaky wheel — for students, and for sanity

Not many professors openly take a stand against critical race theory and diversity, equity and inclusion in today’s climate. It could be a career killer. It certainly makes one a campus pariah.

But I have fought this battle at Cornell University for two years now.

It started, perhaps not surprisingly, after the death of George Floyd, because it was then that my Ivy League employer announced it would embrace and implement policies, programs and curricula that prioritized the color of one’s skin rather than the content of their character.

In July 2020, President Martha Pollack declared Cornell would: create a mandatory class for students on racism, bias and equity; launch a review of courses to ensure they were diverse; create an Anti-Racism Center; develop programs on the history of race, racism and colonialism in the United States; train campus police in “anti-racist policing”; work to require DEI statements as part of hiring and promotion among faculty; and implement mandatory “equity and cultural competency” training for employees.

In response to President Pollack’s activism, Cornell considered mandatory critical race theory training for faculty. I promptly wrote a series of emails to Pollack and six other administrators arguing against it.

Mandatory CRT training based on the postmodernist philosophy that there is no objective truth has no place in a university. When there is no belief in objective truth, the differences between fact and fiction, true and false become blurred. Moreover, since politically charged words such as diversity, equity and inclusion have not been defined, reasoned arguments by necessity are built on a foundation of shifting sand.

Despite my flurry of emails to my superiors, all I heard back were crickets. Thankfully, the mandatory CRT training initiative, which was also opposed by the Foundation for Individual Rights and Expression, did not pass in 2021.

My personal fight has also included my recent annual review.

In April 2021, Cornell faculty issued a report stating “faculty must understand structural racism and the forces of systemic bias and privilege.” The report, “Educational Requirement for Faculty,” called for a “commitment to ensuring equity.”

I was asked at my annual review what initiatives I’ve put into place over the last year to enhance and foster diversity and inclusion in my work as a member of the plant sciences division.

In response, I discussed with my department chair an alternative idea to mandatory critical race theory training, one grounded in what some call a “merit, fairness and equality” framework.

In April of this year, in one small victory, I prompted the removal of a line in the LBGTQ+ resource guide for faculty and staff.

The sentence in question stated “gender in Eurocentric cultures is often categorized as binary, i.e. two distinct and opposite categories of men and women, but it’s not so simple.”

When I asked the provost which cultures do not categorize gender as binary, he removed the line from the LBGTQ+ resource guide.

I believe my efforts, at a minimum, make people think about DEI more critically and deeply rather than performatively.

More recently, I went to the Rare and Manuscript Collections of Kroch Library to read a specific paragraph in the first edition of “Narrative of the Life of Frederick Douglass,” in which Douglass wrote: “I have found that, to make a contented slave, it is necessary to make a thoughtless one. It is necessary to darken his moral and mental vision, and, as far as possible, to annihilate the power of reason.”

When I was in the library, I noticed an exhibition that included a bust of Lincoln in front of a plaque decal of the Gettysburg Address was not where it has been for nearly a decade. I asked what happened to it and was told, “Someone complained, and it was gone.”

The communications team for Cornell denied it was canceled and told Fox News that the 8-year-old display was a “temporary exhibit.” In case you’re wondering, the section at Kroch where the Lincoln display once stood still consists of white walls and nothing more.

Clearly Cornell’s top librarians did not remove the alleged “temporary display” in the summer of 2021 to make room for something new. Here is a picture of how that section of the library looked at 10 a.m. on Aug. 31, 2022. I’ve dubbed it “The Empty Wall” display.

Could it be possible that emptiness is preferable to Abraham Lincoln and the Gettysburg Address? I hope not.

Today I am in an ongoing discussion regarding the disappeared Lincoln display with Cornell alumni and donors in the hope that Lincoln is returned to his rightful place.

And finally, last month, I sounded the alarm on a statement maintained by my department, the School of Integrative Plant Science, that Cornell was founded on and perpetuates “settler colonialism, indigenous dispossession, slavery, racism, classism, sexism, transphobia, homophobia, antisemitism, and ableism.”

“I do not believe that the sentences … are true,” I wrote in an email to Chelsea Specht, associate director of DEI for the School of Integrative Plant Science. “If you believe that these statements are fact and not fiction, true and not false, would you please provide me with your evidence so that I too will believe what is factual and truthful?”

Specht replied to my concerns that “We can talk about the role of mindset in building an inclusive culture, and perhaps find some shared values that are not about fact or fiction, true or false, but about recognizing the role we can each play in ensuring an equitable future – for ourselves, our colleagues, and our students.”

As law Professor Jonathan Turley wrote, the suggestion that “academics move beyond ‘fact or fiction, true or false’ is rather curious.”

What an understatement! It is in direct opposition to traditional university values — and more in line with Alice’s experience in Wonderland.

Conversations, difficult or otherwise, require a respect for objective truth, and if anyone is going to learn from the conversation, the pro-human approach of open inquiry (being able to ask questions), viewpoint diversity (having respect for differing viewpoints), and constructive disagreement (through the construction of reasonable arguments) is essential.

But at Cornell, we foster the opposite. Cornell ranks 82 out of 154 colleges and universities in terms of free speech rankings and 88 percent of its students self-censor.

Cornell students should be treated as sovereign individuals who own their own minds and not treated as the property of a university that can dictate their thoughts. That is, they should be taught how to think, not what to think.

Cornell should return to providing an education, not an indoctrination.

I often tell my students that they are unique individuals who must take responsibility for their own education. I often play music to my students to make a point, and I repeat the words of Marcus Garvey that were put to music by his fellow Jamaican Bob Marley, “Emancipate yourselves from mental slavery; none but ourselves can free our minds.”

As for me, I have hope. I see that the administration that pushes CRT/DEI is incapable of making a reasoned argument for it. I see that many people who promote CRT/DEI only do so with the hope that the pendulum will swing back to a saner place. I also see the students simply spit back what is expected of them, so they don’t get canceled while obtaining, if not an education, the credential of a diploma.

But I will continue to be the squeaky wheel — for students, and for sanity.

Randy Wayne is an associate professor in Cornell’s School of Integrative Plant Science. His website is Randy Wayne’s World.

MORE: Cornell, do the right thing — reinstall the Lincoln display