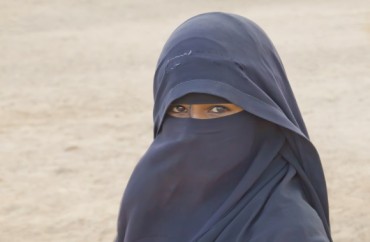 Compare ISIS sex slaves to way in which U.S. colleges define rape. The results are disgusting.

It looks like an ISIS fatwa that details the regulations in which its followers are asked to consider when raping their female “slaves.”

Among the rules: You can only rape a mother, or daughter, but not both. You can only rape one sister, not two. A father and son cannot both rape the same woman. But wait, there’s a proviso to that. If the father sells the woman to his son, the son can then rape her.

Raping children is also acceptable: “It is permissible to have intercourse with the female slave who hasn’t reached puberty, if she is fit for intercourse.”

According to reports, many women choose suicide over such a fate. They cut their wrists or jump off bridges. For those who live, their life includes forced abortions. Some women smear their face with battery acid to look less attractive to men. It doesn’t always work.

Stories about what these women endure is beyond heartbreaking.

“After one failed escape attempt, she told the UN, she was beaten up and gang raped by six militants as a form of punishment. ‘They continued to commit crimes to my body until I became unconscious,’ she said,” the Independent reports.

Murad also told Time: “None of her captors exhibited an ounce of regret for what they did to her. When one ISIS fighter was asked whether she was his wife, he announced, ‘This is not my wife, she is my sabia, she is my slave.'”

Another sex slave who was not named told CNN that her ISIS rapist showed her a letter that said “any captured women will become Muslim if 10 ISIS fighters rape her” and that “after abusing her, he passed her on to 11 of his friends, who also raped her.”

Or consider this story, reported by the New York Times in August:

One 34-year-old Yazidi woman, who was bought and repeatedly raped by a Saudi fighter in the Syrian city of Shadadi, described how she fared better than the second slave in the household — a 12-year-old girl who was raped for days on end despite heavy bleeding.

“He destroyed her body. She was badly infected. The fighter kept coming and asking me, ‘Why does she smell so bad?’ And I said, she has an infection on the inside, you need to take care of her,” the woman said.

Unmoved, he ignored the girl’s agony, continuing the ritual of praying before and after raping the child.

“And having sex with her pleases God,” he said.

Contrast that evil, nauseating reality to the way in which many modern American universities define sexual assault and rape.

Under “yes means yes” verbal consent policies proliferating across higher academia, if two college students are hooking up and, for example, a young man touches his partner’s breast without first asking “may I touch you there” and her saying “yes” back – that’s rape.

Some campus policies dictate that women cannot give consent for a tryst if they’re drunk, which – let’s be honest – is the situation for most hook-ups. So ridiculous are such policies that it’s been proffered: “If she had drinks, you might be a rapist …”

Meanwhile, a documentary screened at universities nationwide over the last year suggests that campuses are literally “hunting grounds” for rapists.

Yet a college expelled a young man for sexual assault after a female student performed oral sex on him while he was incapacitated by alcohol, and then accused him of sexual assault two years later. I repeat: HE was the one expelled.

But feminists stop at nothing to advance their agenda. They argue everything from frat houses to concealed carry to cheerleading advances “rape culture.”

Tell that to Nadia Murad. Tell that to the thousands of ISIS sex slaves gang raped by disgusting men.

Clearly the stark contrast illustrates the absurdity of the so-called campus rape culture. Not only that, but in situations where co-eds are actually raped by peers — i.e. brutally forced to have sex — their experience is belittled by the spate of false rape claims and ridiculous affirmative consent policies that define rape as not saying the word “yes” 20 times during a hook up.

“Mattress Girl” has nothing – NOTHING – on Nadia Murad and the women and children enslaved by ISIS.