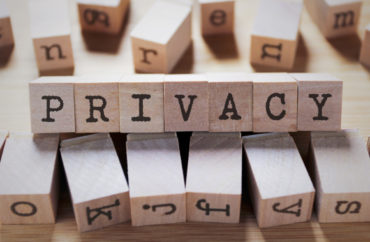 In the name of “contact tracing,” a New Hampshire high school wrote numbers on the hands of unvaccinated students at this year’s senior prom.

The reason given by Exeter High School officials was that not every student had, or would show, a vaccination card (i.e. passport), reports the Union Leader.

Principal Mike Monahan said he is aware of folks’ misgivings regarding the numbers, including privacy concerns; however, he claimed students’ and parents’ reactions were “extremely positive regarding the prom experience.”

GOP State Representative Melissa Litchfield posted on Facebook the concerns of her constituents, including one which made the inevitable comparison:

“… I find it absolutely unbelievable that ‘ ‘ and ‘ ‘ was [sic] allowed to treat the kids like prisoners in Nazi Germany. Marking them, thus singling them out, and then having to raise their hands is beyond tolerable. First the school could be looking at lawsuits for violation of Hippa [sic] rights. They have no business asking for a vaccine card …”

HIPAA is the The Health Insurance Portability and Accountability Act which protects individuals’ healthcare privacy.

The district, School Administrative Unit 16, said in a statement that “dancing was divided among three dance floors” and that “after every few songs [students] were asked to raise their hands to determine who they were around.

“Our goal was to let them dance, while taking appropriate safety precautions for the more than 300 attendees.”

The district also noted students were informed about plans for the contact tracing ahead of time.

As of Thursday, no COVID-19 cases associated with the prom had been reported, the SAU said.

The SAU said the list of prom attendees didn’t have any personally identifiable information on it regarding student vaccinations and did not list the numbers assigned to students.

“Only a single set of cards with this information exists for tracking purposes and the class advisor was the only individual that possessed them. Those cards will be destroyed in the next few days. As a result, there will be no unique identifiers that can be tied back to students who were unable to show proof of vaccination,” the SAU said.

There is much discussion in the comments under Litchfield’s post regarding student privacy. It is unlikely HIPAA applies in this case; more likely it would be FERPA, the Family Educational Rights and Privacy Act. For example, FERPA “prohibits the disclosure of a student’s ‘protected information’ to a third party […] this disclosure is prohibited whether it is made by hand delivery, verbally, fax, mail, or electronic transmission.”

Of course, there are “gray areas” when it comes to both acts. For example, technically the latter would even forbid a teacher from hanging graded, identifiable student work on a bulletin board — as such is a “protected education record.” (Indeed, administrators at my former school instructed teachers never to do that.) However, it would not disallow students from grading their peers’ work as such grades would not yet be “official.”