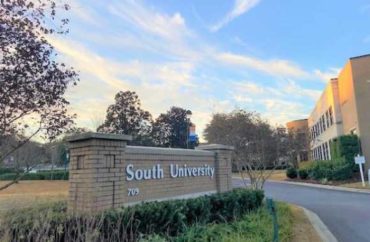 Who will accredit the accreditors?

A major accrediting body has rubber-stamped dozens of universities with graduation rates below 25 percent, according to a July 19 RealClearEducation op-ed by higher education policy researchers Emily Rounds and Shelbe Klebs.

Southern Association of Colleges and Schools Commission on Colleges, which reviews more than 750 higher education institutions in 11 states, accredited South University in Savannah, Georgia, despite the school’s 4 percent graduation rate, according to the column.

“Worse, SACSCOC accredits 100 other schools with graduation rates below 25 percent,” the outlet reported.

“SACSCOC serves as the common denominator of shared values and practices primarily among the diverse institutions in Alabama, Florida, Georgia, Kentucky, Louisiana, Mississippi, North Carolina, South Carolina, Tennessee, Texas, Virginia and Latin America and certain other international sites,” according to its website.

However, apparently those “shared values and practices” don’t exclude single-digit graduation rates for schools that take in $170 million in taxpayer funding, as South College did last year, according to the op-ed.

The Southern Association of Colleges and Schools Commission on Colleges’ own accrediting power is up for review this week by the National Advisory Committee on Institutional Quality and Integrity, according to RealClearEducation.

National accrediting committee needs to focus on the basics

Sponsored by the federal Department of Education, the committee on institutional quality “has been advising the U.S. Secretary of Education on matters concerning accreditation, the Secretary’s recognition process for accrediting agencies, and institutional eligibility for federal student aid,” its website states.

Unfortunately, the committee hasn’t focused properly on college outcomes in its in annual review process for accrediting bodies like the SACSCOC, the RealClearEducation piece argued.

The Code of Federal Regulations details requirements for recognition of an accrediting agency on its website.

“The agency must demonstrate that it has standards for accreditation…that are sufficiently rigorous,” the code states.

The accrediting agency must “set forth clear expectations for the institutions or programs it accredits” in many areas, including, curricula, faculty, facilities, degree objectives and Title IX compliance, according to its website.

The accrediting agency must also evaluate “success with respect to student achievement in relation to the institution’s mission, which may include different standards for different institutions or programs, as established by the institution,” the code states.

This could include “as appropriate, consideration of State licensing examinations, course completion, and job placement rates,” according to the code.

Requiring program completion and job placement “as appropriate” and “in relation to the institution’s mission” seems awfully vague and lenient for higher ed institutions that take in millions of taxpayer dollars and can make or break young people’s careers.

By imposing more stringent requirements on regional accrediting agencies, perhaps the federal government could discipline more schools, like South University, that seem like poor investments for taxpayers and students alike.

SACSCOC and agencies like it have a job to do, and they’re clearly not doing it well.

“This month, NACIQI members need to flip that script and make SACSCOC answer for its institutions’ performance and its stewardship of taxpayer dollars,” Klebs and Rounds rightly argued.

“With borrowers holding $1.6 trillion in student loan debt and $120 billion in federal funding flowing to colleges each year, it’s time the watchdogs woke up and started protecting the house.”