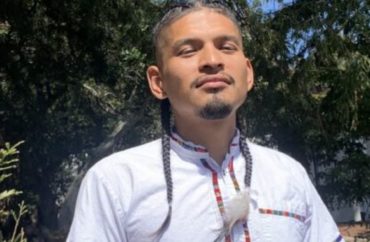 Student officers and activists move to remove him from office

The Mexican-American student body president at the University of California Santa Cruz faced an ouster attempt over his management abilities and perceived insensitivity toward Native Americans.

Alfredo Salmeron, who also goes by the name Tlatoani Quetzalcoatl Xochipatl, faced criticism at the October 18 Student Union Assembly meeting for his firing of a student staffer and comments he made about Native Americans, according to Lookout Santa Cruz.

“The meeting at Oakes Learning Center…which was attended by up to 150 people in person and 250 people on Zoom, dramatically ended when the room of people left in protest after a failed last-ditch effort by leaders of UC Santa Cruz’s Big 5 Ethnic Organizations to remove Gama Salmeron,” City on a Hill Press reported.

A letter from four student officers “cites Gama Salmeron’s failure to perform constitutional responsibilities, his invoking of power imbalances, and his verbal dismissal of cultural and racial identities of Native American and Indigenous students on Instagram,” the student newspaper reported.

“Many students were highly critical of Gama Salmeron’s past social media posts towards the American Indian Resource Center (AIRC), in which he denied the validity of ethnic backgrounds of Indigenous student interns on Indigenous People’s Day,” the campus paper reported. “There was further critique of his concurrent handling of his political positions.”

The officers that have come forward do not believe that the current Student Union Assembly President can represent the undergraduate student body. They believe that Alfredo Gama Salmeron has refused to represent students unless they agree with their actions and beliefs systems, and has frequently spread aggressive false information on the efforts of the Student Union Assembly, instead of providing unbiased support. The recent media storms and unprofessional allegations of the space exhibiting nonexistent racism, when opposed and offered constructive feedback, and wrongly targeting student members, is inadmissible. This is especially relevant to the repercussions of their campus-wide leadership position held in the public higher education sector for 23,000 students.

The “Big 5” ethnic student organizations had not utilized their designated seats in the assembly in four years, but entered during the meeting and used their voting power to call for impeachment, according to the student newspaper. “Four of the Big 5 organizations reclaimed their seats in the SUA after four years of vacancy, reinstating their right to vote,” the paper reported. “By reclaiming their seats, the Big 5 had official voting power to call for a motion of impeachment.”

The Black Student Union president, who goes by the name X Starr, said that there would be future attempts to remove Salmeron.

“The removal doesn’t have to take place today, y’all. Movements don’t happen in a day, they take place over months and years, and today is just the start of one,” Starr said, according to the campus newspaper.