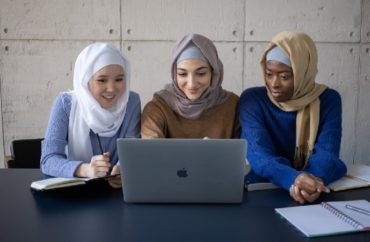 The investigation has been frozen due to a lack of leads, video evidence

The University of Maryland Baltimore County has, “pending further investigative leads,” halted an investigation into an alleged assault on a female Muslim student.

University spokesperson Dinah Winnick shared the update with The College Fix via email on December 15.

“It’s our policy to send alerts to the campus when hate-bias incidents are reported,” Winnick said on December 20, when asked if the school planned to send out a new update about the investigation being frozen. “UMBC Police evaluate the need for any updates based on the investigation.”

The hate and bias investigation document labeled the incident “inconclusive” and other information obtained by The College Fix through a public records request point to the strong possibility of a hoax.

An unnamed Muslim student reported physical assault by “an unknown male [who] attempted to remove her hijab,” according to a November 17 crime alert.

The incident allegedly happened November 16 in The Commons, sometime between 5 pm and when the university sent out the alert at 6:52 pm. The Commons is the public university’s student center

Yet the police could not see the incident occur on the video footage reviewed for November 16.

“Detective Smith and I reviewed the camera footage of the area where this incident was reported to have happened,” campus officer Bruce Perry wrote in his police report. “We watched from 5 pm up until the point it was reported to the Commons information desk. We did not [redacted] on the footage during that time.”

Perry contacted the alleged victim and “asked her if [she] wanted to come in [and] give a statement about what happened. She indicated that she would come in and provide a statement if there is video of the incident.”

But the alleged victim never came forward to be officially interviewed, and without any further information, or evidence, the school suspended the investigation.

“Due to [redacted] not responding to my email for further information about the incident and no other viable leads, this case is be [sic] suspended,” Perry, the campus police officer, wrote in a December 1 update.

The day of the incident, a campus police officer denied a request from university staff to search the building for anyone acting suspicious.

An employee by the name of Ripley said she asked a campus officer “if she [the cop] could look around the building… to make sure there was no one acting strange/weird but she said she couldn’t without the footage.”

The Muslim Student Association said it was “shocked, disgusted, and outraged” about the assault on “one of our own sisters in Faith.” 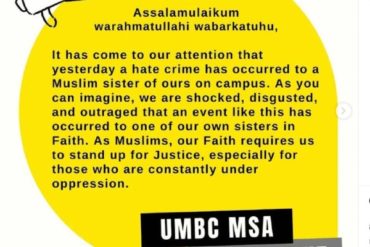 The Fix reached out to Muslim Student Association twice via email on December 15 and 17 to ask if the organization knew the victim and if would share any updates from the university, but the group did not respond.

The MSA also did not respond to an Instagram message on December 20 that asked if it planned to put out a statement on the investigation’s suspension, if it could connect The Fix to the student and if it wanted copies of the police reports to review.

MORE: Hoax? No video evidence for attack on lesbian student in middle of campus