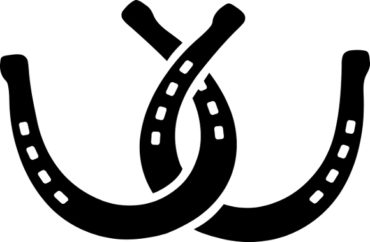 The supposedly progressive state’s 2009 law that bans “private postsecondary educational” institutions from admitting students without a high school diploma or government-approved equivalent is the target of a First Amendment lawsuit by the Institute for Justice.

Earlier this year state regulators threatened to shut down Bob Smith, owner of the Pacific Coast Horseshoeing School, for giving a future to students who couldn’t or didn’t want to pursue the officially recognized path for education, the libertarian public-interest law firm said this week.

He had to turn down Esteban Narez, “a ranch hand working odd jobs” to support his family, from enrolling in his eight-week course to become a farrier because Narez didn’t have a diploma.

That set up the grounds for the First Amendment federal lawsuit IJ filed to protect “communicating a message” via horseshoe vocational training:

The classroom portion focuses on horseshoeing theory, horse anatomy, movement, and lameness, along with business advice on client management, self-employment, and how to interact with barns, trainers, and veterinarians. …

PCHS has taught students from all walks of life. A typical class has 12 to 14 students, usually a mix of hobbyists and aspiring professional farriers.

California lays out a process for students without a diploma or GED to become eligible to enroll in private postsecondary schools, known as an “ability to benefit examination.”

Smith’s horseshoeing school is particularly valuable to students who are “not proficient in written English” because it lets them “take their exams orally” if needed and it has graduated students who used that option, the suit says.

Because vocational schools would have to buy an ability-to-benefit examination from a private provider, Smith’s school would have to eat that cost or add it on top of the $5,500 tuition it charges students, which covers all their costs in the program.

The suit says state law is out of whack with federal law on student loans, which Smith’s school doesn’t accept:

Narez is an ideal plaintiff to challenge the law because he’s older than California’s “compulsory age of secondary education,” he had to leave high school after a football injury and his family couldn’t afford surgery for it, and he got a job rather than return to school to help pay for medical bills.

He represents the American dream:

When he was again well enough to work, Esteban took a part-time job at a therapy barn—the Monterey Bay Horsemanship & Therapeutic Center—where he helped special needs children learn to socialize through contact with horses.

His job at the therapy barn sparked a passion for horses. He worked during the three-hour sessions with kids in the morning, and then he would do odd jobs as a ranch hand in the afternoons.

In 2016, Esteban left the therapy barn to work full time as a ranch hand at the Willow Pond Ranch in the Santa Cruz Mountains north of Soquel, California. He now works there seven days a week.

Though he has an outstanding job offer if he graduates from a farrier school like Smith’s — the only such full-time institution in the state — Esteban can’t enroll because of California’s law that requires him to deprive his family of financial support while he get a government-approved education that is useless for his intended vocation.

The lawsuit asks the U.S. District Court for the Eastern District of California to rule state regulations unconstitutional to the extent that they stop horseshoeing schools from teaching would-be students in Esteban’s educational position.

Read IJ’s summary and the lawsuit itself.

MORE: Progressive hysterics highlight the beauty of the First Amendment

MORE: Poll: Overwhelmingly, Democrats do not approve of the First Amendment on campus