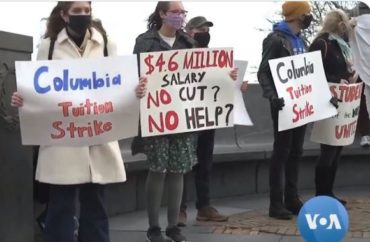 In a January op-ed in Fortune magazine, Columbia University student Townesend Nelson made what seems like a compelling case for the ongoing, months-long tuition strike against Columbia.

Columbia’s publicly advertised cost of attendance for the 2020-21 school year is $80,339—including $61,671 for tuition and fees. And, as Nelson argues, much of this money goes to infrastructure expansions and administrative costs.

The strike was launched in response to the Covid-19 pandemic, which has left many Columbia students in financially precarious positions; as Nelson wrote, “Student testimonials are bleak—lost jobs, hundreds of thousands of dollars of tuition debt, working multiple jobs to make ends meet, and constant anxiety about losing financial aid.”

Unfortunately, Nelson’s column is most notable for what it leaves out—the strikers’ sweeping demands for social-justice measures that have nothing to do with tuition rates. For example, part of the demands include cutting ties with the NYPD and pushing an anti-Semitic message and agenda through BDS measures.

While there are many students who are sympathetic to the notion of high tuition rates, the activism has not only turned off and upset many in the campus community, but also excludes them from participation in the original cause.

The tuition strike formally began in November, when the Columbia chapter of the Young Democratic Socialists of America began circulating an online petition.

Among other things, the petition calls for reducing the cost of attendance and increasing financial aid by at least 10 percent.

According to YDSA, nearly 4,500 students have signed on in support of these efforts, with over 1,000 pledging to withhold tuition. So far, two 2021 tuition deadlines have passed, but YDSA has raised thousands of dollars to cover late fees for anyone refusing to pay.

Though Young Democratic Socialists of America spearheaded the strike, it has also assembled a significant coalition of student groups within and outside of Columbia in support, along with labor unions and nearly two dozen elected officials or local candidates.

The strike has been covered everywhere from Fox News to the New York Times, with almost all the analysis focused on Columbia’s high tuition and large endowment. But the fact that the strike’s organizers also demand compliance with a range of controversial causes is virtually never mentioned.

These include mandating the resignation of all school officers and executives who have been affiliated with the NYPD “without severance benefits or compensation,” and defunding Columbia’s security system.

Most troubling to many students, though, is the demand that the school actively promote BDS: the movement to boycott, divest from, and sanction the state of Israel.

This is only the latest in a series of attempts to push the university to condemn Israel, but it is the least transparent.

Last semester, the Columbia student body passed its first-ever referendum to boycott and divest from companies that “profit from or engage in the State of Israel’s acts towards Palestinians.”

In response to the vote, Columbia University President Lee Bollinger released a statement explaining that “questions about possible divestment of endowment funds are not decided by referendum” and that the university would “not change its investment policies on the basis of particular views about a complex policy issue.”

The vote followed two decades of protests against anti-Israel actions and rhetoric at Columbia, culminating in a federal complaint filed in December 2019, which alleged that Israeli and Jewish students at Columbia had been subject to “a targeted harassment and discrimination campaign” by various anti-Israel student groups.

The groups that had pressed for the referendum’s passing include Students for Justice in Palestine and Columbia University Apartheid Divest, and they are now working closely with the Young Democratic Socialists on the tuition strike.

The tuition strikers are now prioritizing that the school reject what they call an “ongoing system of settler colonialism, military occupation, and apartheid” and comply with “the results of future referendums relating to investment decisions.”

This attempt to strong-arm the university into accepting the results of a controversial referendum by tying it to a far more popular cause—a tuition strike in the midst of a global emergency—is shameful. It has also alienated many students who would otherwise be supportive of the Young Democratic Socialists’ tuition strike.

As Adi Mayer, a sophomore at Barnard College, explained: “Students for Justice in Palestine’s intricate involvement in the tuition strike, and their efforts to use it to disguise the promotion of BDS, exclude me as an Israeli and Jewish student from participating in a cause I would otherwise believe in.”

Danielle Serota, a junior at Columbia, expressed a similar view: “I feel alienated by the tuition strike because it argues for some issues that so many of my friends and myself relate to and support but then strategically ties them together with a clause that directly harms me and others in my community.”

Miles Rubin, an Israeli citizen and sophomore at Columbia, went further, saying that he “supported the tuition strike at first.”

“I felt the cause was just and still do. We have legitimate grievances with the university [and] the strike was an opportunity to unite all the students.”

Because of this, Rubin was taken aback by an email from the tuition-strike coalition, sent on December 22, which stated that instead of “investing in fossil fuels and companies enabling apartheid in Palestine, Columbia should invest in its students and workers.”

As Rubin said, “I was pretty alarmed, and completely put off by what was said, as a Jew and as a citizen of Israel.”

To these students and many others across the globe, the BDS movement does not represent a critique of specific Israeli policies, but rather a wholesale rejection of the Jewish state’s right to exist.

YDSA had a meaningful opportunity to create change and cultivate community around an issue that affects all Columbia students.

Instead, it chose to capitalize on a global crisis, using it as cover for advocacy of a range of unrelated causes that have left many Jewish students feeling ostracized on their own campus. 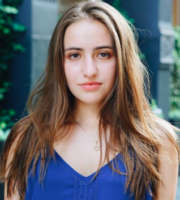