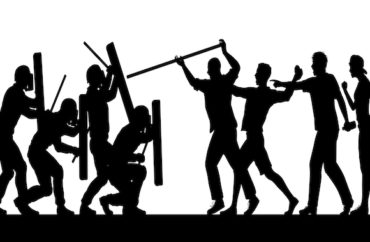 A College Fix report this week gave an overview of just a few of the many colleges and universities that have dealt with “occupy”-style activism in recent months and years. You’ve probably heard of this type of confrontational protest before: Students storm a campus building, insisting that the university meet all of their demands before they leave. There are often chants, poems, signs, outlandish demonstrations, disruptions to the normal flow of college life. Oftentimes these tactics succeed; administrators are frequently willing to devote a few thousand bucks to turning a broom closet into a new Indigenous Climate Studies Department if it will make the mob go away.

Here’s a better suggestion: Students who aggressively seize, and unjustly dispose of, campus property should face consequences for doing so. This does not have to be a rash decision: Schools can extend clear and unambiguous warnings that disruptive and refractory activism will not be tolerated and that those who continue to practice it will face sanctions, up to and including arrest by campus police. At the very least they should face potential administrative sanctions for such behavior. Given enough warning, there’s no reason protesters can’t be aware of what will happen if they continue to needlessly make life miserable for campus community members in service to a political hobby-horse.

The alternative is to allow the mob to run your campus. That has been the case at far too many institutions of higher learning in the United States for many years: Administrators are often too scared of students to lift a finger at them, even after the students occupy, disrupt and in some cases damage school property. That should change. Enforcing campus rules doesn’t make you draconian; it makes you a capable and competent administrator, and schools need plenty of those if they’re going to remain functional.

MORE: Schools across the country dealing with ‘occupation’-style student activism