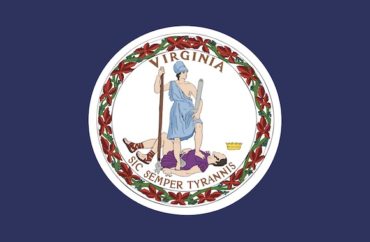 The state of Virginia offers public university presidents broad protection from public oversight, granting them extensive exemptions under the state’s Freedom of Information Act. Legislative attempts to remove this exemption have failed.

The Virginia Freedom of Information Act “ensures the people of the Commonwealth ready access to public records in the custody of a public body or its officers and employees,” according to the text of the law. But the legislature has also ensured that citizens of Virginia are unable to access the public records of hundreds of state employees, including the heads of public universities.

The law stipulates that its “mandatory disclosure provisions” do not apply to the “working papers and correspondence of…the president or other chief executive officer of any public institution of higher education in the Commonwealth.” According to the state’s Council for Higher Education, Virginia has nearly 40 two-to-four-year public colleges and universities.

Megan Rhyne, the executive director of the Virginia Coalition for Open Government, said that it is “very common to hear that the exemption has been invoked” in the course of public records requests.

“There was a FOIA study a couple of years ago and it lasted for a couple of years. There was a long discussion about working papers. They made a few little tweaks and tightenings, but it didn’t go nearly as far as we would like,” Rhyne told The College Fix.

Rhyne pointed out that the exemption extends to “literally hundreds” of state officials, including, as the law stipulates, “the members of the General Assembly, the Division of Legislative Services, or the Clerks of the House of Delegates or the Senate of Virginia.”

As Rhyne noted, part of the problem is that the exemption includes the “correspondence” of so many state officials, rendering the exemption itself much broader than a mere “working papers” exclusion.

One state senator, Chap Petersen, who represents the 34th Senate District of the state, advanced legislation in 2015 to remove university presidents from the law’s list of exemptions.

Petersen’s law would have “eliminate[d] the working paper and correspondence record exemption for the president or other chief executive officer of any public institution of higher education in Virginia.” The bill was passed to the legislature’s Committee on General Laws and Technology, where it was eventually “passed by indefinitely.”

“Passing by indefinitely,” according to the Office of State Government Relations at the University of Virginia, is an “action to allow a committee to reconsider legislation at a later meeting. If the committee takes no further action, the bill is dead.” The law does not appear to have been proposed at any time since it failed in 2015.

Petersen’s office did not respond to requests for comment on the proposal. Shortly after the bill’s failure, however, Petersen told the Student Press Law Center that he “tries to chip away at the exemptions one by one each legislative session.”

The Fix recently experienced Virginia’s broad Freedom of Information Act exemptions firsthand. A FOIA request to Virginia Commonwealth University regarding a racially charged incident on that school’s campus last fall generated a scant number of heavily redacted documents; the school withheld dozens of pages of emails that fell under The Fix‘s search request, which comprised emails sent to or from VCU President Michael Rao’s email address over a seven-week period.

In effect the withholdings were due to a two-tiered exemption under the law. Most of the withheld emails were done so due to “personnel information,” “scholastic records,” and “information protected by the attorney-client privilege.” But VCU’s Freedom of Information Act Officer Michele Howell told The Fix that the withheld emails were “also exempt from mandatory disclosure…as the working papers and correspondence of the university president.”

That means that even if none of the emails had contained personnel or scholastic records, they were still free from oversight and disclosure rules due to the exemption.

State law does not mandate that such documents must be withheld; the law notes that the exempt materials “may be disclosed by the custodian in his discretion, except where such disclosure is prohibited by law.”

Alan Gernhardt, a lawyer and the executive director of Virginia’s Freedom of Information Council, said that the university presidents’ exemption is almost as old as the state’s FOIA law itself.

In a 2015 letter to the Virginia Freedom of Information Act Records Subcommittee, twenty-two presidents and chancellors of Virginia universities and colleges expressed support for the exemption, which they said creates a “critical” “zone of privacy” for leaders of Virginia’s higher education institutions.

“The productive consideration of sensitive matters such as competitive financial negotiations, enrollment growth, internal structures and economic development initiatives, among many others, would be chilled by the loss of the exemption,” the letter said.

Michele Howel, the Freedom of Information Act Officer at Virginia Commonwealth University, did not respond to a request for comment on the exemption rule, including how often documents related to FOIA requests are withheld under the exemption.