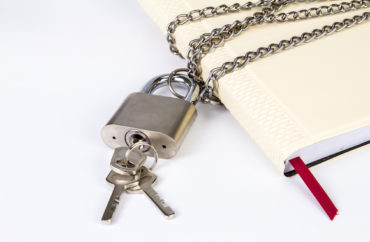 Virginia Commonwealth University is withholding nearly 50 pages of documents regarding a recently hired professor who was involved in a racially charged incident at the school late last year. The university is citing personnel exemptions in its decision to withhold several dozen emails to and from the president of the public institution.

Last October a white-Hispanic professor at VCU, Javier Tapia, called security on Caitlin Cherry, at the time a visiting professor in the university’s School of Arts. Cherry, a black woman, was reportedly eating in a classroom when Tapia made the call. The incident made national headlines, with many claiming that Tapia’s calling security on Cherry was an example of racism and racial profiling.

News outlets such as NBC12 and Essence reported that, following the episode, Cherry was hired as a full-time professor at VCU. When asked in mid-December by The College Fix whether or not Cherry had been hired as a direct result of the incident involving Tapia, campus spokeswoman Suzanne Silitch refused to say.

The Fix subsequently filed a Virginia Freedom of Information Act request to the university’s FOIA officer, Michelle Howell, in an attempt to answer that question and gain more insight and context on the overall controversy and administrators’ decision-making process in the wake of national headlines.

The Fix specifically requested any emails sent to or from the university’s president, Michael Rao, referencing either Cherry or Tapia at the time of and roughly six weeks following the event. Rao had previously released a statement claiming that the university “opened an inquiry into the incident, met with and provided support for those involved.”

Howell also noted that all of the withheld emails “are also exempt from mandatory disclosure … as the working papers and correspondence of the university president.” State law holds that the professional documents of “the president or other chief executive officer of any public institution of higher education in the Commonwealth” are exempt from the requirements of the state’s Freedom of Information Act.

The university charged The Fix, a nonprofit news agency, $140 to process the request.

The withholdings under the former two exemption statutes are notable insofar as it is unclear why Rao’s email inbox would contain so many personnel-related emails, matters generally left to a university’s human resources department. The emails suggest that, in the days following the incident between Tapia and Cherry, the university and Rao may have been scrambling to mitigate the fallout surrounding the controversial event.

NBC12 reported that, following the security incident, Javier Tapia “[would] not be teaching for the rest of the semester.” Silitch, the spokeswoman, confirmed to The Fix that Tapia was still employed by the university.

Tapia did not respond to requests from The Fix on the matter. Reached via email, Cherry said her promotion to full-time faculty was already in the works at the time of the incident.

“I have been promoted to Assistant Professor to fulfill a retirement by another professor in my department that happened last semester – it is unrelated to Javier Tapia. I was in consideration and my teaching and research qualifications reflect that,” she told The Fix.

State law is not friendly to personnel records disclosure

Virginia’s freedom of information law is notably strict. Frank LoMonte, director of the Brechner Center for Freedom of Information at the University of Florida, said that under Virginia’s FOIA law, “the amount that [a public employee] is paid and the terms of the contract are public record, but just about nothing else is.”

Among the scant number of emails the university provided The Fix was a lengthy letter to Rao from a group called Art Professors of America. In the email, written several days after the incident between Cherry and Tapia, this organization bills itself as “a leaderless working group of professors of art in the U.S. interested in issues of academic freedom, pedagogy and social equity.”

Large swaths of this email are redacted. At one point the group alleges “an entrenched context of racial hostility” within an unnamed department at VCU. Among the many redacted paragraphs are several “stories” that are “symptomatic of larger structural issues of racism and racial history in [VCU’s] program.”