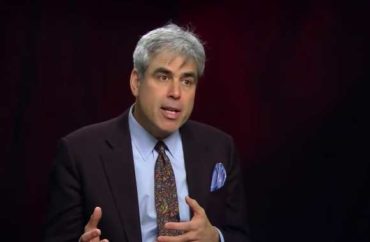 Renowned social psychologist Jonathan Haidt wrote that he plans to resign from his major professional association, the Society for Personality and Social Psychology, because he believes the DEI and anti-racism commitments it requires of its members are in conflict with his sacred duty, as a teacher and scholar, to educate and tell the truth.

Haidt (pictured) has said that he believes that the “telos” of the university is truth. “Telos” is a Greek word that means “the end, goal, or purpose for which an act is done, or at which a professor or institution aims,” the New York University professor wrote in a September 20 essay for Heterodox: The Blog.

“Universities can have many goals…and many values (such as social justice, national service, or Christian humility), but they can have only one telos, because a telos is like a North Star,” Haidt wrote. “It is the end, purpose, or goal around which the institution is structured.”

Unfortunately, the new mandates from the Society for Personality and Social Psychology would require him to deny or undermine what he believes to be the telos of the university as well as his fiduciary duties as a scholar and professor.

“In order to present research at the conference, all social psychologists are now required to submit a statement explaining ‘whether and how this submission advances the equity, inclusion, and anti-racism goals of SPSP.’ Our research proposal would be evaluated on older criteria of scientific merit, along with this new criterion,” he wrote in the post.

Additionally, “most academic work has nothing to do with diversity, so these mandatory statements force many academics to betray their quasi-fiduciary duty to the truth by spinning, twisting, or otherwise inventing some tenuous connection to diversity.”

“I refuse to do this,” Haidt wrote.

Even more, the conference requirements state that “every psychologist who wants to present at the most important convention in our field must now say how their work advances anti-racism.”

Haidt stated that these claims are “incorrect morally” because “[they require] us to treat people as members of groups, not individuals, and then to treat people well or badly based on their group membership.”

It is truth, not ‘anti-racism,’ that must guide the university

Haidt disagreed with “anti-racism” as such, but more importantly, he disagreed in raising it to the status of a telos.

This would “put pressure on social psychologists — especially younger ones, who most need to present at the conference — to betray their fiduciary duty to the truth and profess outward deference to an ideology that some of them do not privately endorse,” he wrote.

Haidt wrote that he would object to the new policy, but that he did not imagine it changing, and this requires that he exit rather than support a society that has abandoned its sacred responsibilities.

“I cannot remain loyal to an organization that is changing its telos and asking its members to violate their quasi-fiduciary duties to the truth,” he wrote in conclusion. “I am especially dubious of the wisdom of making an academic organization more overly political in its mission, especially in the midst of a raging culture war, when trust in universities is plummeting.”