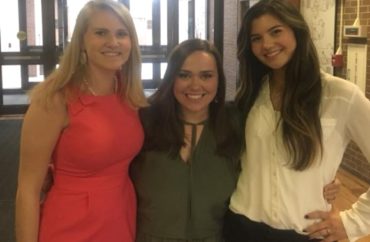 Several members of the University of Colorado Board of Regents are pushing to prioritize diversity of political thought on campuses statewide, and it’s an effort that’s being praised — and joined — by conservative students who say they’ve faced silencing, backlash and more in the classroom.

Take Maddison Meeks, who spoke to the board recently about what she’s faced at CU Boulder, and in particular an experience she encountered after the Parkland school shooting.

“One day after the shooting, we were talking about the NRA in my political parties and interest groups class and a member of my class said that the NRA is a terrorist organization and all of its members are to blame for mass shootings,” Meeks told the board. “This hit me hard because I am now an NRA member … and I also strongly support the fight against terrorism.” 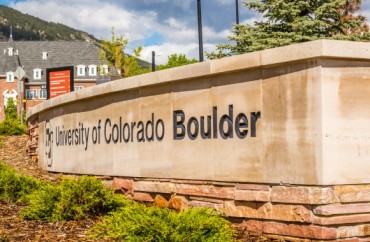 “I responded to their statement by telling them that I am a member and that the purpose of the NRA is not to perpetuate fear, as the definition of terrorism states, but it is to educate its members on safety, self-defense, and the right to freedom set forth by the Constitution. To this, the student responded that I am just a brainwashed conservative who doesn’t want her assault weapons taken away. I tried to speak again to defend myself and my values, but instead was silenced by the professor, while every other student, who just so happened to all be pro-gun control, were given the chance to speak and give their points,” Meeks (pictured above left) said in her speech, given at an April board of regents meeting.

“I respect that everyone has a different take on such a controversial topic, but I did not pay to attend a university that is so one-sided,” she continued. “I respect other views and I expect the same from my student peers and professors.”

“I do not think it is acceptable to be silenced for having a different perspective. If we were discussing race issues and a black person was silenced, the university would immediately jump in to ensure that the institution is not viewed as racist. Or if a homosexual were silenced, the university would step in to avoid a comment on being homophobic. These two examples are defining characteristics for some and are backed; however my defining characteristic of conservatism is not. Is this fair and right? Aren’t I just as valuable as any other member of the university?”

Meeks’ story, and others like it, are likely one reason why the CU regents are engaged in a heated debate on how to infuse political diversity on campuses, protect free speech, and ensure a variety of voices are heard on campus.

“During their annual summer retreat in Tabernash, several of the Republican regents gave impassioned speeches about the need to prioritize encouraging diversity of political thought and measuring how each campus does so. Some said increased support for conservative perspective programs was a critical issue that would also help the university raise money,” the Daily Camera reported July 12, noting Republicans have control of the board with a 5-4 majority.

“We have a crisis in higher education in this country today,” said Regent John Carson reportedly said at the retreat. “Our faculties are not reflecting the diversity of thought in America. I want the University of Colorado to be a leader in fixing that.”

The University of Colorado system includes four campuses across the state.

Another speech that spurred the regents on during their April meeting was by CU Boulder student Sierra Oklesson, who told the board “when I enrolled in Advanced Spanish Conversation, I didn’t realize I was actually enrolling in Advanced Liberal Conversation.” 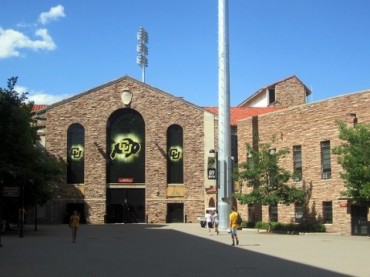 “Within the first week of the class, it was evident that I was entering into a 20-1 debate for 50 minutes, 3 times a week,” said Oklesson (pictured above right). “At the end of the day, I can live with my peers disagreeing with my views, but what I will certainly not stand for is my professor taking a part in the scrutiny and an education at an institution that doesn’t value my viewpoint, let alone allow me to voice it.”

“It disappoints me that I along with many others have to even be here today to tell you why this is necessary,” Oklesson added. “I want to be a part of a campus community that invites and also allows all opinions to be heard and it is your job to make that happen. Will you make happen? Or will you just continue to sweep it under the rug?”

Another student who spoke along with Oklesson and Meeks is Ashley Mayer.

“Fighting for conservatism on a predominately liberal campus is not a simple task, but with the support of our CU Regent Heidi Ganahl, it makes it a bit easier,” wrote Mayer (pictured above center). “Today was an eye opening experience, one, because even after we testified, we were still questioned and two, because we brought up a conversation that has so long been swept under the rug.”

And while CU regents hash out how best to allow for a diversity of opinions on campuses, Meeks, Oklesson and others plan to meet with deans and department heads at CU Boulder this fall and ask them to ask their respective scholars to allow and support conservative students’ voices, Meeks said.

“The professors need to step in and show that it’s not right to trample on someone else’s views,” Meeks told The College Fix in an interview. “They need to hear it out, it needs to be more of a faculty prevalent issue.”

Meeks said she and her peers will approach the deans as part of the Free to Be Coalition, a new effort founded by Regent Ganahl. It launched in the spring and aims to promote “respectful and productive dialogue and expand intellectual diversity on University campuses,” according to its Facebook page.

Meeks said from peers getting verbally thrashed for supporting Trump to conservatives being silenced in Women’s Studies classes, the issue is pressing.

“It’s not about being a victim,” she told The Fix. “We are just saying that it is an issue, that the conservatives are being treated this way in class.”

At the regent’s retreat, Ganahl said “she’d like to see a measurable metric and suggested that the chancellors of each of the campuses identify the measurements they would use, and [Regent Sue] Sharkey suggested looking at candidates’ bodies of work when hiring and aiming for more ‘diversity in scholarly work,'” the Daily Camera reports, adding there was no consensus and the issue will continue to be debated. 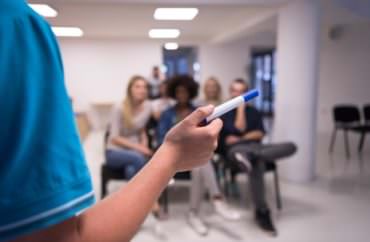 “It was a well-attended event and the university worked closely with Ashley and the entire student organization to ensure it was appropriately staffed and safe,” he said.

“In our classrooms and around campus, there needs to be an environment where everyone feels they can express opinions freely,” Huff said via email. “And it’s fine to have disagreement and debate – in fact, it’s encouraged. But that debate should not morph into discrimination. We have processes in place with the Office of Institutional Equity and Compliance to report discrimination.”