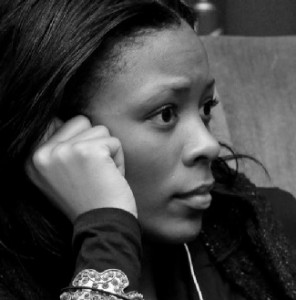 Many have missed the main problem regarding Boston University Professor Saida Grundy’s recent controversial Tweets: This woman was hired to teach African-American studies at a top-notch university – and she is apparently ignorant of African-American history.

So she called St. Patrick’s Day “white people’s Kwanzaa” and lambasted Bruce Jenner for being a Republican. That’s called free speech, and we defend it for both liberals and conservatives.

And while some of her other Tweets declared her utter contempt for white college males – that’s the norm for most feminist professors. There’s nothing groundbreaking there.

The real problem is she is going to incorrectly teach our nation’s history to young people. If, as they say, “history is written by the victors” – then Ms. Grundy will have the last laugh.

The feminist sociologist of race and ethnicity is an incoming assistant professor of sociology and African-American studies at Boston University, and here’s a sneak peek at her upcoming lectures: slaves” thing? is this the new “#AllLivesMatter”??

before europeans invented it as such, slavery was not a condition that was defacto inherited from parent to child.

in other words, deal with your white sh*t, white people. slavery is a *YALL* thing. …

“dear white people: you are all Ben Affleck. Those euphemisms for ur ancestors like ‘pioneers’ and ‘farmers’ means owned humans and killed natives.”

But here’s a twist – does Grundy even know her comments are factually inaccurate? In response to her Tweets making national headlines, many have pointed out how Grundy’s statements are not at all an accurate representation of the history of slavery. Not even close.

Perhaps she doesn’t even realize she is wrong. She completed her doctorate at the University of Michigan this month, maybe we should blame its scholars for their poor job of teaching Grundy.

The bottom line is most scholars teach high schoolers and college students that slavery WAS a white people thing! That’s 100 percent the narrative, and unless enterprising minds actually go out and seek the truth, they will believe “deal with your white sh*t, white people. slavery is a *YALL* thing.”

Consider this: I had no clue freed black Americans pre-Civil War owned slaves until last week. Literally last week. I was sitting on my living room couch watching Dinesh D’Souza’s latest documentary “America” (before all this news about Grundy came to light) when he goes into how it really wasn’t uncommon for freed black people to own slaves in the south, and points out at least one very rich black slave owner who even helped fund the Civil War – for the Confederacy.

Feeling shocked, I asked my husband about this. He’d never heard of black slave owners, either. In fact he was incredulous, and Googled it and found it to be the case – including that the first legal slave owner, in what would eventually become the United States, was a black man.

I earned a high school diploma and college degree, and have a nearly two-decade career in journalism under my belt, but never learned this information until recently. And my husband, who took AP classes in high school, got a nearly perfect score on his SATs, and attended college on an academic scholarship, never had either.

It’s because it’s not being taught. It’s not even being mentioned. Doesn’t fit the narrative.

Does it excuse slavery? No, not by a longshot. Does it make up for post-Civil War racial segregation laws? No way. But it certainly illustrates the mindset of that time.

D’Souza goes on to mention the 300,000 Union soldiers who died to free the slaves, and how the Founding Fathers wrote the Declaration of Independence and Constitution in such a way for future statesmen to abolish slavery. Additional points rarely mentioned by modern scholars.

Instead students learn from the late historian Howard Zinn – a controversial Marxist whose infamous A People’s History of the United States is required reading at many colleges. Zinn openly admitted that the book is biased in what it includes and omits in order to paint an anti-American picture.

So can we blame Grundy for thinking slavery is a “white people thing”? She was taught that. She managed to get her PhD and still believe that – obviously enough to state it publicly and stake her career on the argument.

Can I throw a stone at Grundy when I only learned the truth a mere two weeks ago? The real culprits are administrators who turn a blind eye to the indoctrination going on in classrooms, and teachers who warp history for their own ideological gains.

If scholars just taught the truth, maybe race relations in America wouldn’t be in such a catastrophic mess.