The superintendent of an upstate New York school district posted a special message three days after Christmas defending the decision by one of his elementary schools to stop singing “Jingle Bells.”

As reported by The Fix, officials at the Council Rock Primary School and Brighton Central School District had referred to the Christmas/winter classic as “potentially controversial” and “offensive,” citing research by Boston University Professor Kyna Hamill. They zeroed in on findings that showed the song had been performed in minstrel shows.

But Hamill was “shocked” to learn the school decided to bag “Jingle Bells.” 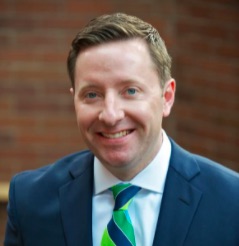 “I, in no way, recommended that it stopped being sung by children,” she said. “My article tried to tell the story of the first performance of the song, I do not connect this to the popular Christmas tradition of singing the song now.”

A Brighton Central assistant superintendent had gone a step further, alleging the song was connected to slavery as “some suggest that the use of collars on slaves with bells [was] to send an alert that they were running away.” (Hamill’s research did not address this concern.)

[I]t may seem silly to some, but the fact that “Jingle Bells” was first performed in minstrel shows where white actors performed in blackface does actually matter when it comes to questions of what we use as material in school. I’m glad that our staff paused when learning of this, reflected, and decided to use different material to accomplish the same objective in class. It is also important to note that a song so closely related to a religious holiday that is not celebrated by everyone in our community was not likely a song that we would have wanted as part of the school curriculum in the first place. Our staff found that their simple objective could be accomplished by singing any one of many songs in class and therefore they chose to simply choose other songs.

Apparently missing the irony, McGowan pointed out that at the elementary level, no one was teaching about songs’ histories and politics anyway, and that “nobody has said you shouldn’t sing ‘Jingle Bells.’”

He also noted the song is “so closely related to a religious holiday that is not celebrated by everyone,” but nevertheless assured everyone that canning it was not “liberalism gone amok,” “cancel culture at its finest” or an “attempt to push an agenda.”

“This is not a political situation,” McGowan wrote. “It was a simple, thoughtful curricular decision.”

MORE: School cans singing of ‘Jingle Bells’ due to ‘potential to be controversial or offensive’