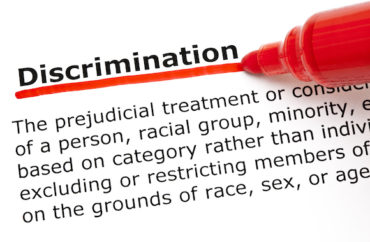 As the Chinese-borne Wuhan coronavirus spreads across the globe, sickening thousands and killing hundreds, Asian students at the private University of Southern California are reportedly suffering from a climate of discriminatory remarks and Internet memes.

The Daily Trojan reports that the prestigious university’s Undergraduate Student Government, coupled with its Asian Pacific American Student Assembly, International Student Assembly, has released an official statement “criticiz[ing] the discrimination toward Asian and Asian American students that has risen in response to the coronavirus scare.” That virus, which originated in east-central China late last year, has infected over 17,000 people and killed over 350.

Students at that university claim that their fellow Asian students have informed them that they have been “experiencing discriminatory remarks” as the virus has spread and fears around it have intensified, leading to the victims of such discrimination “no longer [feeling] safe on their own campus.”

Much of that alleged discrimination has been via the Internet, the paper reports:

Memes and false information spread on social media…including on the USC memes pages and in a Latinx group chat. The xenophobic memes specifically targeted international Asian and Asian American communities on campus.

Melody Yao, a sophomore majoring in psychology and economics-mathematics, said she hasn’t faced any discrimination in person but that she has been affected by the student-made memes as well as students calling it the “Chinese virus.”

“Some people just started making really stupid memes,” Yao said. “They think they’re funny but not necessarily. I get that some people are trying to lighten up the mood, but I think they’re doing it regardless of how other groups of people will feel looking at those memes.”

Chief Health Officer Sarah Van Orman said that discriminatory comments on the illness are problematic and concerning as they spread misinformation about the Chinese community.

“We’re very concerned that we’re hearing that students from China or students from the Wuhan province are being targeted,” Van Orman said. “It’s very easy to try to kind of point fingers at a group of people or individuals and think that if we just keep them away that somehow we’ll all be safe, and that’s really dangerous and discriminatory.”

The university last week affirmed a Los Angeles County Department of Public Health statement declaring that “people should not be excluded from activities based on their race, country of origin, or recent travel if they do not have symptoms of respiratory illness.”