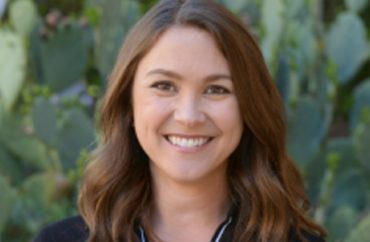 Goal is to ‘bring more diversity to a field that has traditionally been dominated by straight white men,’ NBC News reported

An Arizona State University professor worried about biology research not being inclusive enough of “LGBTQ+ people,” so she started a new lab.

The story is part of NBC Out’s Pride Month series of articles on homosexual activism and advocacy.

Cooper (pictured), who is gay, said that she felt left out of academia and scare to come out.

“It felt pretty lonely as an undergrad,” Cooper told NBC. “I remember admiring so many of my instructors in science and looking for any sign that anyone else maybe didn’t identify as straight or cisgender, because I just wanted some example of someone who had made it in science as an LGBTQ+ person.”

She is also upset that heterosexual white man dominate the biological sciences.

“The goal isn’t just to make classrooms more inclusive, she explained, but to bring more diversity to a field that has traditionally been dominated by straight white men,” NBC News reported.

“I really wanted to understand how learning science impacts LGBTQ students,” the professor told NBC. “I dove into the literature, and surprisingly, there was no research in this area, so we decided to do it ourselves.”

The National Science Foundation helped the scientists with their research, giving them money to study the effects of an instructor coming out to a class.

Professors should tell students to feel free to share their sexual orientations.

“Cooper said science educators can make their classrooms more inclusive by being openly supportive of LGBTQ students,” NBC reported. “Educators can, for example, put an inclusivity statement on their syllabus or website, foster safe environments for students to reveal their LGBTQ identities and familiarize themselves with on-campus LGBTQ resources in case students come to them for support.”