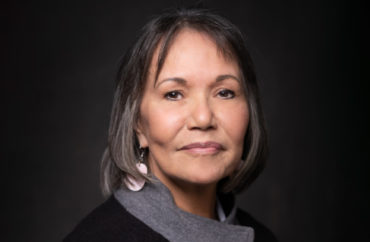 The associate vice-president of indigenization and decolonization at Mt. Royal University in Alberta, Canada issued a statement this week indicating she would cease using capitalization in order to protest the “symbols of hierarchy” wherever they are found.

Dr. linda manyguns, who was named to her current post in May 2021, said she would be joining the “lowercase movement” to protest what she sees as the mistreatment of Indigenous people.

“We resist acknowledging the power structures that oppress and join the movement that does not capitalize,” manyguns said in her statement.

“Indigenous people have been actively engaged in a multidimensional struggle for equality, since time immemorial,” manyguns said. “we strive for historical-cultural recognition and acknowledgment of colonial oppression that persistently devalues the diversity of our unique cultural heritages.”

“the office of indigenization and decolonization supports acts that focus on inclusion and support the right of all people to positive inclusion and change.”

A Blackfoot woman, manyguns was born on the Tsuut’ina Nation and registered at Siksika. According to her biography, she is an elder for the Buffalo Women’s Society and part of the Beaver Bundle Society.

Manyguns said she would continue to capitalize “indigenous,” and she continues to use the honorific “Doctor,” which connotes her place within an academic hierarchy.

“the goal of equity, diversity and inclusion of all people is synonymous with the interests of Indigenous people,” manyguns said. “we support and expand the goal of equality and inclusion to all forms of life and all people. we join leaders like e. e. cummings, bell hooks, and peter kulchyski, who reject the symbols of hierarchy wherever they are found and do not use capital letters except to acknowledge the Indigenous struggle for recognition.”

It is a common misconception that E.E. Cummings used lowercase letters to spell his name. Cummings did use unorthodox capitalization, punctuation, and spacing in his works, but he capitalized his own name more often than not. It was, in fact, one of his publishers that decided to make his name lowercase, not Cummings himself.