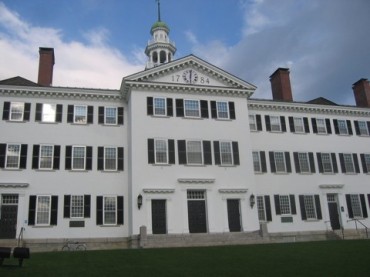 An anonymous message recently posted on a gossip website affiliated with Dartmouth College that some have described as a guide on how to rape a particular freshman female has rocked the Ivy League institution and prompted students to rally in support of the young woman and demand justice.

The explicit post on “Bored @ Baker” named the student and went into detail on how to strong-arm her into having sex through the use of alcohol and coercion.

This website, run by a renegade former student, allows students with a [email protected] email address to post anonymously about any topic. The freshman woman in question had previously been the target of real-world harassment by other students under the pretense she was a “whore,” and the issue escalated after the controversial Internet post on [email protected] in mid-January.

The female student brought the post to the administration, and she says campus leaders only moved her to another dormitory.

Feeling she had nowhere else to turn, she recently reposted the offending [email protected] message to Dartmouth’s official freshmen Facebook page, along with her story and a plea for help. Within hours the post had received hundreds of comments and shares and there were calls for the administration to act.

Undoubtedly due to the newfound attention, the administration was quick to initiate a formal investigation and notify the local police. Though [email protected] uses rerouting to ensure anonymity, the host of the site identified the writer of the offending post under pressure from the college. According to campus officials, the student who posted the message will be handled through the college’s disciplinary system.

Yet the incident has brought Dartmouth’s alleged “fraternity rape culture” under the spotlight.

In addition to the usual announcement of new programs and initiatives to combat sexual assault, a large gathering of students converged on the quad earlier this week to support the freshman girl. After brief words by a few organizers, the large gathering quietly sung the Dartmouth Alma Mater and dispersed.

“The student response has been very well intentioned,” a freshman girl who asked to remain anonymous told The College Fix. “I don’t think it is enough, especially from the male population. I would like to see more things like [the demonstration].”

An op-ed in the mainstream campus newspaper included a harsh condemnation of Dartmouth’s traditional and prevalent fraternity system by a former student describing herself as “a thriving, cash-poor immigrant woman of color.”

She described in detail how “Dartmouth’s fraternity rape culture” had caused this most recent particular event, and she expressed anger that there was “no fury, no strike, nothing burning, nothing occupied.”

When asked for an opinion on the controversial editorial, one student told The Fix: “Fraternities make [sexual assault] easier, but you can’t blame every event on the [fraternity] system, though it does need to be changed and people need to be held accountable for their actions – lack of action is just as appalling.”

Despite divisive issues, such as the fate of [email protected] and the culpability of the fraternity system, the common sentiment expressed by students was that such matters should be dealt with by the police and not the administration.

In interviews with The College Fix and in statements in campus newspapers, many students have expressed dismay over the lack of action on the part of some school officials, a feeling echoed in the words of the student mentioned earlier:

“I am pretty sure if she hadn’t posted it on Facebook, nothing would have happened.”