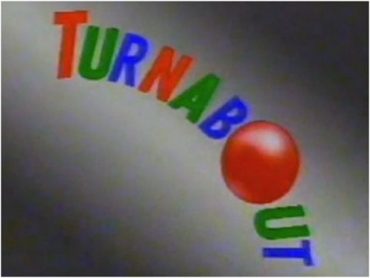 Five hundred thousand. That’s the number of downloads which has graced the University of Queensland’s John Cook’s paper which claims 97% of scientists believe humans are “largely responsible” for global war– er, climate change.

The average number of downloads for an academic paper is … 700.

The 97% figure has widely been touted by activists and politicians since the report was published. President Obama had said “Ninety-seven percent of scientists, including, by the way, some who originally disputed the data, have now put that [global warming debate] to rest.” (The president has since has upped the figure to 99.5%.)

The problem with Cook’s work, according to The Daily Caller, is that that 97% has been met with a lot of skepticism and outright denunciation:

Cook and his team got to 97 percent by running a keyword search for “global warming” and “global climate change” between 1991 and 2011, which yielded more than 12,000 papers. They then agreed upon definitions of possible categories the papers could fit into — “explicit or implicit endorsement of human-caused global warming, no position, and implicit or explicit rejection” — and used the paper abstracts and attempted to decipher the position of each paper.

Earth System Dynamics noted in a September, 2013, press release that there were errors in the math used to get the 97 percent number. “Only 41 out of the 11,944 published climate papers Cook examined explicitly stated that Man caused most of the warming since 1950. Cook himself had flagged just 64 papers as explicitly supporting that consensus, but 23 of the 64 had not in fact supported it.”

A paper by five climatologists in 2013 pointed out that Cook’s research “misrepresented the views of most consensus scientists.”

Also in 2013, Dr. Craig Idso, whose work was lumped in with the 97%, said that the Cook paper was “not an accurate representation of [his team’s] paper.”

“It would be incorrect to claim that our paper was an endorsement of CO2-induced global warming,” he said.

The University of Sussex’s Richard Tol responded to the Cook team by saying “Consensus has no place in science,” and characterized the (Cook) data as “a load of crap.”

Now, if Cook and company had put out a paper trivializing global war– er, um, climate change, they’d be in the sights of alarmist academics and Democratic lawmakers who’ve considered the use of RICO, the Racketeer Influenced and Corrupt Organizations Act, to investigate and prosecute them for fraud.

Recently in response, more than a dozen Republican attorneys general issued a counter-threat: If those who express skepticism about global war– uh, climate change can be investigated, so too can climate alarmists.

— In 2000, a  scientist at the University of East Anglia told the (UK) Independent that “within ‘a few years’ snowfall would become ‘a very rare and exciting event’ in Britain,” and  “Children just aren’t going to know what snow is.”

— In 2008, ABC’s “Good Morning America” showed pics of a Manhattan “shrinking against the onslaught of the rising seas” … in 2015. Gas and milk would cost $9 and $13 per gallon respectively.

MORE: The push-back against attempts to punish climate skeptics

— Former UK Prime Minister Gordon Brown said in 2009 that we had only “50 days to save the world from global warming.” Prince Charles wasn’t as ridiculous with the time frame, but also in 2009 he said humans had only 96 months to stave off  “irretrievable climate and ecosystem collapse.”

— Perhaps “best” of all is from 1989 when Noel Brown, a “senior environmental official at the UN,” who warned that “if global warming is not reversed by the year 2000” then “entire nations could be wiped off the face of the earth by rising sea levels.”

Those going after “climate skeptic” entities like Exxon-Mobil claim “the First Amendment does not give any corporation the right to commit fraud.” Agreed! But … what then do you call the examples above — among many others? How many of these botched predictions have led to legislation and government department edicts which have affected the average joe’s bottom line?