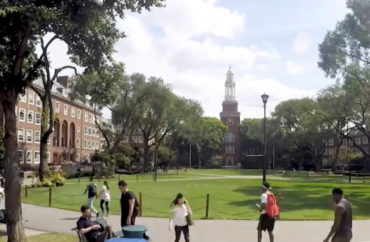 ANALYSIS: ‘That sounds like implicit bias to me. Imagine, if that was done to a group that is viewed as a disadvantaged minority’

“The training is mandated for those who serve on job search committees with one of the four Zoom sessions set for 11:30 a.m. Wednesday, the morning of Yom Kippur,” the New York Post reported.

The Post quoted a professor who noted the hypocrisy of the scheduling decision: “This biases the process against observant Jews and secular Jews who typically attend services on this one day of the year. Such Jews are afforded only three meeting opportunities, while all others are afforded four.”

“That sounds like implicit bias to me. Imagine, if that was done to a group that is viewed as a disadvantaged minority.”

A Brooklyn College spokesman told the Post an additional training session would be offered Monday: “While classes are not held on Yom Kippur, the college is open on that day. In addition to these dates, staff or faculty can request an individual training session.”

The Post noted Brooklyn College is facing several accusations of antisemitism, including a “failing grade” from StopAntisemitism, which found many Jewish students there do not feel safe, although administrators dispute the findings.

It also reported the City University of New York system, which Brooklyn College is a part of, is the subject of a recent complaint filed with the U.S. Department of Education alleging the system has become a “pervasively hostile environment for Jewish students.”

Last month, Hillel International added Brooklyn College to its Campus Climate Initiative, which works to foster a campus climate in which Jewish students feel comfortable expressing their identity without antisemitism, harassment or marginalization, according to the group.

“In order to proactively counter antisemitism before an incident occurs, CCI works with university leaders to accurately understand the atmosphere on their campuses and take specific positive steps that enable Jewish students and all students to thrive,” Hillel stated in a news release.