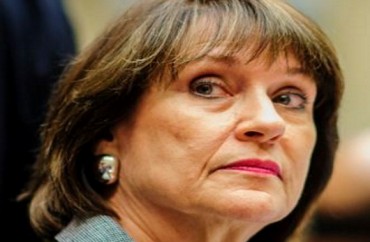 A Pepperdine University School of Law professor has chronicled all the developments in the IRS scandal since Day One through a blog he tirelessly updates every day.

And today — Wednesday, Feb. 3 — marks Day 1,000 in tax law Professor Paul Caron’s apparently never-ending quest to keep tabs on the latest in the IRS scandal on his “TaxProf Blog.”

The feat itself is impressive in its size and scope, and something Caron said he could have never predicted when revelations that the agency targeted conservative groups came to light in May 2013.

“My goal for TaxProf Blog is to comprehensively cover the major tax and legal education issues of the day,” Caron said in an email to The College Fix. “So when the IRS scandal broke, I naturally covered it on the blog. After a week, it was clear that this would be a major, long-running story, so I decided to do a daily roundup of news of the IRS Scandal each day. I never dreamt it would still be going strong 1,000 days later.”

Caron’s dedication to the effort is evidenced by the fact that he posts updates to his blog on the scandal every day, including weekends and holidays: “There has always been something new to cover,” he said.

Over the years, Caron said perhaps one of the most troublesome aspects of the scandal is “the arrogance of IRS Commissioner John Koskinen and President Obama, and … the ineptitude of the House Republicans.”

“I set out my views in a USA Today op-ed on Day 369 and still think I pretty much nailed it,” Caron said. In that op-ed, he details the scandal’s major developments and calls for better media scrutiny and Congressional oversight.

Today, as the IRS scandal wanes from the public eye — especially in light of the 2016 presidential elections — questions on whether anyone will ever be held accountable for the unlawful actions remain. But it’s clear Americans are still upset over what went down.

When Caron polled his regular readers last year on whether he should continue the IRS news round up, he said the answer was overwhelmingly in the affirmative.

“Almost 1,000 of my readers voted in the poll, and 90 percent asked me to continue the daily coverage,” he said. “Several academics and practitioners have praised my coverage and stated that it will provide an important permanent resource when historians write about the scandal.”

And when does the IRS scandal become a page in history as opposed to an ongoing controversy?

Caron cites his entry from Day 943:

The effort has not been without controversy in and of itself.

“I will say that I have received more professional flak about this than anything I have done in my 25 years as a tax professor,” Caron said in his email to The College Fix. “My goal throughout the 1,000 days has been to link to every single press report about the scandal – from both the right and the left. Because the right covers the scandal much more than the left, I have linked to many more stories from the right than from the left. Check out Day 883.”

It’s the day it was suggested in Forbes that his blog had “jumped the shark.”

Yet there’s still blood in the water. On Feb. 1, Caron updated readers on the progression of a lawsuit against the IRS for maliciously slow-walking conservative applications seeking nonprofit status. “The IRS Scandal, Day 994” takes on the news that the IRS destroyed — yet again — another hard drive despite orders not to.

The scandal is far from over.

Editor’s Note: This article has been amended to correct that Caron has been a tax professor for 25 years.