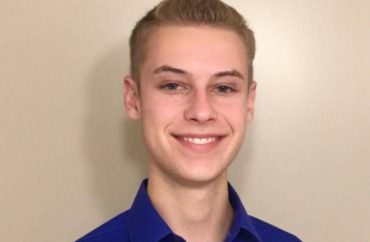 It’s not privilege, it’s hard work that got me where I am today

I recently wrote an article published in the Chapman University newspaper that ignited a firestorm. I had written about how dissent on campus has been shut down in the name of inclusion and diversity, and because of this silencing of opposing ideas, echo chambers that breed radicalism have flourished.

I called for equality in evaluating opinions, but this plea was denounced by my peers as hardline racism and ignorance, with one commonly used label levied against me: Privileged white male.

Many of my peers of color and their progressive allies said I had no right to offer my opinion because I am a male with white skin, so according to them I don’t know what it’s like to face challenges. I should just shut up and support them.

Yes, I do enjoy privilege — as an American. I live in the greatest country in the world with the most opportunity and fairness.

But my critics incorrectly assumed that my male whiteness gave me some special attributes that made my argument meaningless. I was just another dissenter whose critics racially condemned me without knowing anything about me.

My alleged privilege does not mean money grows on trees in my family. They have no idea that I worked part-time at a sandwich shop during high school to save money for college. This is in addition to taking mostly AP classes — prompting three-plus hours of homework a night. I also managed to squeeze in playing a varsity sport.

My alleged privilege did not allow me to skate through high school. My nights, weekends and nearly all of my spare time was spent either writing essays for AP classes, asking a customer if she’d like her sandwich “Mike’s Way,” or spending another four hours of my day on the golf course (with clubs I paid for myself after using my grandfather’s old hand-me-down set).

My alleged privilege did not make it any easier for me to get into a college after high school. Like my Asian-American peers, if you’re white, it’s well understood that your ACT or SAT scores must be much higher than peers of color. So I spent roughly 10 hours a week for over a month preparing for the ACT in addition to everything else I had going on.

My alleged privilege still wasn’t enough for me to afford to attend Chapman all four years. It simply was not financially feasible for my family and me, despite the fact that I was admitted as a freshman and had been offered a very generous, partial academic scholarship. Unlike my privileged critics at Chapman University, I was not able to attend the same school as them for all four years and live on campus.

So with my alleged privilege, I started at a community college my freshman year to save money.

My alleged privilege still does not mean I get to live in the dorms. I live at home and take the city bus to and from school to save even more money.

To accuse someone of being disconnected with the struggles of a group, when the accuser has had virtually the exact same — if not more — privileges as the accused, is an ironic and hypocritical proposition.

As a sophomore this year at Chapman University, my critics judge me by the color of my skin, not by the merit of my argument. They have no idea about the hard work I put in to get here, the financial struggles I faced, the sacrifices I’ve made. They don’t know and they don’t care. They see white skin and they decide I should shut up.

After the article came out there was talk of punching me in the face, of ambushing me on campus. But I would do it all over again. I refuse to dance around what I believe. I have seen so many students be intimidated into never voicing what they believe because they are fearful of facing the type of response that I got.

The only way to end this type of authoritatively enforced groupthink is to voice the truth that these progressive students and professors have tried so very hard to suppress. I refuse to be silenced by the true oppressors of free speech and dissent.

MORE: White, male student under fire for defending diversity of thought: ‘punchable, drag him, expel him’