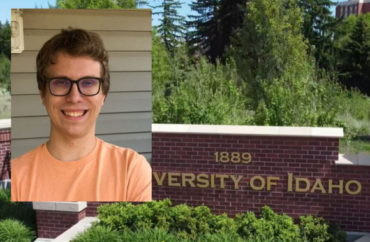 OPINION: A student suing his university shares his personal experience with free speech on campus

Once upon a time, people expected universities to be a marketplaces of ideas. Universities were for studying, discussing and teaching truth—places where ideas, good and bad, would be put to the test, as metal tests metal.

To that end, professors were presumed to be wise, patient and questioning. Students were expected to engage in tough, thoughtful conversations with one another about life, beauty and truth. Debates and disagreements were just another way to expand understanding.

Unfortunately, my experience at the University of Idaho College of Law has shown the exact opposite.

Instead of serving as the marketplace of ideas, the university censored me; two fellow law students, Peter Perlot and Mark Miller; and even our professor, Richard Seamon, for responding to questions and criticism of our religious beliefs. Its actions forced us to file a lawsuit through our attorneys with Alliance Defending Freedom to vindicate our freedoms of speech and religion.

Peter, Mark, and Professor Seamon attended a “moment of community” to join with others from the law school to condemn an anti-LGBTQ slur. They attended along with other members of the law school’s Christian Legal Society chapter, which is focused on living out Christ’s call of discipleship within the legal world. After a brief prayer, another student asked CLS about its religious beliefs on marriage. Mark respectfully responded that our belief is based on the biblical view of marriage.

Peter saw that this student took offense to Mark’s statement, so after the event, he left a note on her desk in the school while she was not there. The note simply invited her to further dialogue if she wanted to discuss anything. Peter thought that a voluntary one-on-one conversation would allow both of them an opportunity to be fully heard and to better understand each other’s beliefs.

Several days later, some students walked out of classes taught by Professor Seamon, protesting his presence at the “moment of community” and his quiet support for Mark.

I was not present for the “moment of community,” but three days later, at another public meeting, the student who had asked Mark questions attacked CLS. I was on hand and pointed out that she herself had initiated the conversation about our religious beliefs. I also noted that CLS had also been discriminated against last fall, when the Student Bar Association delayed our recognition.

The student complained to officials at the university about our speech, and instead of allowing us to work out any disagreement ourselves, the university issued no-contact orders against Mark, Peter, Professor Seamon and me.

This is an unprecedented and illegitimate use of such orders. The orders prohibited us from having contact with the student who had asked us a question. The orders applied at all times and in all places. And they threatened discipline all the way up to expulsion or termination if we violated them. The university issued the no-contact orders without informing us of any allegations against us, without giving us a chance to respond to any complaints, and without even claiming that we violated any university policy (which we didn’t).

By censoring us, the university prematurely terminated the debate and inquiry that are essential components of the pursuit of truth. It not only silenced us but all students who may have views some find controversial. And that’s not what universities are for.

Ryan Alexander is a currently suing his university. Read more about his lawsuit here. 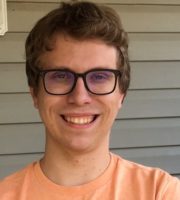