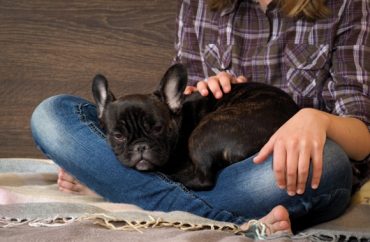 A dorm at the University of Pennsylvania on Wednesday hosted a post-election “Breathing Space” for students stressed out by election results that included cuddling with cats and a puppy, coloring and crafting, and snacks such as tea and chocolate.

The event at the Ivy League insitution was hosted by the faculty director of Fisher Hassenfeld College House.

“There were actual cats and a puppy there,” Penn student Daniel Tancredi told The College Fix via email. “There were sheets of paper available with black and white printed designs on them for students to color in. Essentially they looked like pages from a coloring book that were printed from a computer. They all had positive feel-good messages on them. Students colored them in with colored pencils.”

The space Wednesday did not include TV watching.

“For the most part, students just hung out and ate snacks and made small talk,” Tancredi said. “Of course, that was in addition to coloring and playing with the animals. The election was mentioned a few times, though mostly in very timid and fearful tones. The event as a whole seemed to be an escape from the reality of the election results.”

The “Breathing Space” was billed by the faculty director of Fisher Hassenfeld, who hosted it, as an “open safe space to process recent events.”

“[O]ur aim is just to make a safe and quiet space to relax a bit at a time at which opening a space for quiet and relaxation feels especially important,” an email to students announcing the event stated.

Tancredi, who first reported on the space for The Statesman, an alternative campus news outlet, also noted many professors at Penn canceled classes and examinations scheduled for Wednesday:

“Some professors turned Wednesday’s classes into ‘safe spaces’ in which students could freely express their concerns for their futures. On a campus that voted 3612-375 in favor of Hillary Clinton, these open forums were naturally dominated by anti-Trump voices.”

“Obviously the diversity at Penn is not diversity of opinion since the opinion of almost half the country is almost unaccounted for on campus,” he told The Fix via email. “I’m also worried for my fellow students. If the result of an election takes this much of a toll on their well-being, what is going to happen when they directly face difficulties in the real world?”

“In my opinion, the reaction of Penn’s students reveals that as a whole we have placed our faith and hope in the wrong things. Governments will fail us; they are not perfect. Perhaps we should reconsider our priorities.”