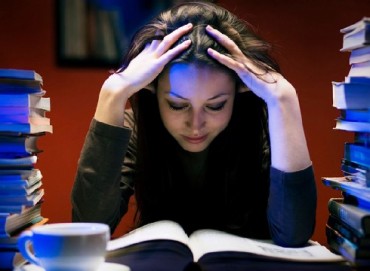 U.S. employers added 217,000 jobs in May and the unemployment rate remained unchanged at 6.3 percent, the Bureau of Labor Statistics reported last week. With this news came renewed uncertainty for recent college graduates, many of whom are new entrants into the U.S. workforce.

Notably, the unemployment rate for those ages 16 to 34 increased from 9 percent to 9.2 percent in May, and from 10.6 percent to 11.1 percent for 20- to 24-year-olds. Most Wall Street strategists and analysts say the job market is still a long way from where it should be.

“Are we really creating enough jobs to bring people back into the work force? We’re not and we need to create more,” Byron Wien, a Wall Street strategist, told The New York Times.

For Millennials and recent grads, the situation remains bleak.

Last August, the Pew Research Center’s analysis of U.S. Census Bureau data found that 36 percent of 18- to 31-year-olds were living in their parents’ home – the highest share in at least four decades.

Not only will the slew of grads this month face a tough job market, but many Millennials still languish in this economic recession.

Take Alexis Gallagher, a 2013 graduate of Towson University who still cannot find a job in her field and lives with her parents.

Gallagher graduated with a B.S. in political science and mass communication and a concentration in journalism, was president and editor in chief of the Pre-Law Journal, and president of the Pre-Law Society at Towson. In addition to maintaining a 3.5 GPA, she interned three days per week on Capitol Hill, for which she had to travel from Baltimore, and also held a few part-time jobs throughout her college years.

Instead of heading straight to law school upon graduating, Gallagher decided to jump into the job market first.

“Ideally I am interested in economic policy, so I would want to work in an economic think tank,” she said in an interview with The College Fix. “I started looking for jobs in public affairs and corporate communications, but have broadened my search to administrative roles and marketing jobs.”

But her current job situation hasn’t been what she expected. Currently living at home in Atlantic County, New Jersey, she has been working at The Borgata Hotel Casino and Spa as a cocktail server.

“I make really good money,” she said. “But it is not at all what I want to do – especially with a college degree.”

In the meantime, she has been saving her money since she moved back home with her parents. She took the LSAT on Monday, and depending on her score, is considering applying to law schools in the fall.

In light of the most recent unemployment numbers and a grim outlook for recent college graduates, the Republican National Committee is saying enough is enough.

“Millennials propelled Obama into the White House, but all we’ve seen are more regulations and fewer jobs,” said Raffi Williams, an RNC spokesman. “Nearly 6 in 10 Americans now believe the American Dream is out of reach, but Republicans know we can do better—for my generation and for all Americans.”

She blames “government regulation and tax policies” as one of the main reasons recent graduates like herself cannot find good jobs.

“Minimum wage laws, overtime pay mandates, payroll taxes, unemployment insurance, and healthcare regulations all make it more expensive to employ labor, which then impacts the number of employees a firm will hire,” she said.

Another significant reason is uncertainty, she said.

“Many firms do not know what the economy will look like in a few months, so they are more reluctant to hire more workers,” she said.

She also put blame on President Obama’s signature legislative achievement in office, the Affordable Care Act, calling it an “added expense” for many businesses.

President Obama said in his address that “we have to do more to lift that burden” of student loan debt, vowing to do whatever he can without Congress to help young people pay off their student debt more easily.

But Raffi Williams of the RNC accused Democrats of playing politics with the issue.

“Due to the Obama economy Millennials are stuck at home with their parents unable to find work,” he said in a statement. “Instead of putting forth serious legislation like the dozens of House passed pro-growth bills that sit on Harry Reid’s desk, Obama and the Democrats continue to play politics with the future of young Americans everywhere.”

Like most Millennials, Alexis Gallagher said she remains hopeful that the economy will improve.