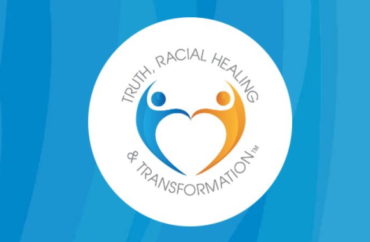 Kansas State University became the first institution of higher learning in that state to join the American Association of Colleges and Universities’ “Truth, Racial Healing and Transformation” program.

The Collegian reports this program “prepare[s] the next generation of leaders to break down systemic racism and dismantle belief in a hierarchy of human value.”

Started in 2016 via the W.K. Kellogg Foundation, Truth, Racial Healing and Transformation (TRHT) purports to be a “comprehensive, national and community-based process to bring about transformational and sustainable change.”

Incorporating critical race theory (CRT), the TRHT “Implementation Guidebook” claims the program “will move the country beyond” the racist manifestations started when “the first European settlers arrived on our shores” and “placed the relative worth of whites above all others.”

TRHT accomplishes this by, among other things, “focus[ing] on eliminating the belief in a racial hierarchy from which behaviors, structures, laws and public policies have been created,” “recogniz[ing] the interconnectedness and need for both racial healing and racial equity” and “creat[ing] an […] infrastructure that sustains healing and advances structural change efforts.”

Two of TRHT’s “guiding principles” include “an accurate recounting of history” (stop avoiding “negative” and “embarrassing” aspects of the majority population’s history) and a “commitment to some form of reparative or restorative justice.”

Kansas State students lauded the news. One student told The Collegian he had “big culture shock coming to K-State with all the western culture here,” and so is “looking forward” to TRHT. Another said the program is “great” because “everybody deserves to be treated equally.”

“Our participation as a TRHT campus will help our students, staff, faculty and community members grow intellectually, socially, economically and civically,” according to The W.K. Kellogg Foundation.

Lane said K-State’s approach to defining and advocating awareness for racial and social issues on and off campus stands to create meaningful change for the benefit of all students as they emerge into the world. When the program is expected to be enacted on campus is, as of now, undetermined, Lane said.

The school’s TRHT Action Plan “vision statement” says “KSU commits itself to building affirming environments and learning communities that value our backgrounds and intersectionalities and contribute to the inherent dignity and growth of all.”

TRHT critics such as the Heritage Foundation’s Jay Greene likened the program to a “new age cult, inventing its dogma and rituals.”

“There is no evidence that diversity programming of this type actually accomplishes the goal of improving racial relations,” Greene told The College Fix last year.