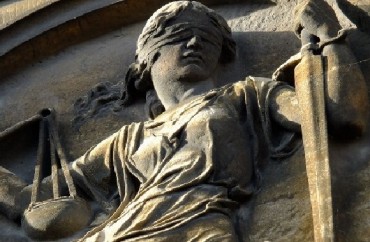 Professor tells The College Fix he has no way of knowing the outcome of the investigation, but termination is a possibility

The University of San Diego is formally reviewing a law professor who made a blog post critical of the Chinese Communist Party.

“If you believe that the coronavirus did not escape from the lab in Wuhan, you have to at least consider that you are an idiot who is swallowing whole a lot of Chinese cock swaddle,” wrote Professor Tom Smith on his blog The Right Coast. He later clarified that the reference was to the Chinese government, not the people in the country.

When he first published the March 10 post, the USD Law School placed him under investigation, citing complaints of bias. Now, the law school has sent his case to administration for a formal review.

The review comes as a petition circulates demanding Smith resign or be fired, alleging he has a history of saying and writing things some find offensive.

Signed by the USD Law Student Bar Association presidents for this school year and the next, they claim in the petition Smith’s alleged comments have left some in the USD law community feeling vulnerable and helpless so that students cannot balance their studies or “prepare for our futures in the legal profession.”

Smith told The College Fix that the university has been sparse in its communication regarding the matter.

“No word on what exactly I was being investigated for, who was charging me, when the investigation would take place or any of the other things required for minimal due process,” he wrote in an email.

Due to the ongoing nature of the investigation, the university declined to comment.

“This matter is under review. We are unable to provide any further information at this time,” wrote Associate Director of Media Relation Elena Gomez in an email to The College Fix.

The Foundation Individual Rights in Education has been defending Smith since he first came under fire.

“The University of San Diego has not explained how its investigation into Smith’s personal blog post is consistent with its strong promises of freedom of expression,” wrote FIRE attorney Adam Steinbaugh in an email to The College Fix. “That’s because it can’t reconcile its words with its actions.”

In its defense of Smith, FIRE has asserted that, while USD is private and not bound by the First Amendment, it still should adhere to guidelines from the American University of Professors, which it has signed onto.

The guidelines aim to protect comments professors make outside of the classroom.

“When [professors] speak or write as citizens,” the AAUP guidelines read, “they should be free from institutional censorship or discipline, but their special position in the community imposes special obligations.”

“Sharing your own views on a blog — outside of the classroom, which no student is required to read — is speech as a citizen, and instituting a lengthy investigation suggests that the university believes it can censor that speech. It cannot,” Steinbaugh wrote to The Fix.

According to Smith, the university has not explained how the investigation does not violate the guidelines.

Smith told The College Fix that he has no way of knowing the outcome of the investigation, though termination is a possibility. He wrote that Law School Dean Robert Schapiro “has hinted to me that that probably would not happen, but such hints of course are worth less than nothing.”

When the incident first went public, seven members of the USD law faculty wrote to the dean to defend Smith, who “has the right and perhaps the obligation as a citizen and an academic to comment on matters of public concern such as the Chinese government’s handling of COVID, and to do so in evocative and forceful language.”

According to Smith, some peers have also reached out to Schapiro privately to defend him.

“On the one hand,” Smith told The Fix, “it is disappointing that so few of my colleagues have stood up for academic freedom, which protects them as well as me, but on the other hand, this is a lot more support than I would have gotten at most any other law school in the United States.”

However, not all lawyers in San Diego are so supportive of Smith.

“Protecting freedom and civil liberties is important,” they wrote, “but it does not absolve individuals from the consequences of their actions. As many recent events have shown, exercising a right without good judgment or discretion often leads to disaster.”

The trio also claims that the Wuhan Lab theory is “contradicted by the majority of scientists, and the United States Intelligence Community.”

Former CDC Director Robert Redfield recently told CNN’s Sanjay Gupta that he believes the “most likely” source of the coronavirus was that it “escaped” from the Wuhan lab.