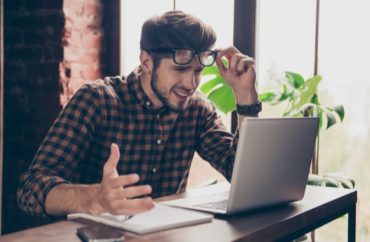 A law student at Abertay University in Scotland faces discipline for the allegedly “offensive” and “discriminatory” statements that women are born with vaginas and are physically weaker than men.

Lisa Keogh, a mother of two, was reported to university officials following the latter remark, the Daily Mail reports.

Keogh was taking part in a virtual discussion on “gender feminism and the law” and brought up concerns about transgender women participating in women’s sports, specifically mixed martial arts.

Keogh was accused of calling women “the weaker sex” after saying a 32-year-old trans woman who had testosterone in her body all those years “would be genetically stronger than the average woman.” The Times reports Keogh also said her classmates were “man-hating feminists” after a peer stated that all men were rapists.

“I didn’t deny saying these things and told the university exactly why I did so,” Keogh said. “I didn’t intend to be offensive but I did take part in a debate and outlined my sincerely held views. I was abused and called names by the other students, who told me I was a ‘typical white, cis girl’. You have got to be able to freely exchange differing opinions otherwise it’s not a debate.

“I wasn’t being mean, transphobic or offensive. I was stating a basic biological fact. I previously worked as a mechanic and when I was in the workshop there were some heavy things that I just couldn’t lift but male colleagues could.”

From the Times story:

The university’s definition of misconduct includes “using offensive language” or “discriminating against gender reassignment”. Punishment can be as harsh as expulsion.

Keogh, a mother of two, fears for her future. “I don’t come from a legal background and have worked incredibly hard to get to where I am,” she said.

“I’m worried that my chance of becoming a lawyer, and making a positive contribution, could be ended just because some people were offended.”

She believes that generational differences contributed to the episode. “Those girls fresh out of high school who accused me are training to be lawyers” she said. “There are no trigger warnings in a courtroom. The judge isn’t going to whisper softly or excuse them from listening to things they might not want to hear.”

[SNP MP for Edinburgh South West Joanna] Cherry confirmed that she had written to Abertay asking what steps it had taken to protect student rights, which are protected by the European Convention on Human Rights.