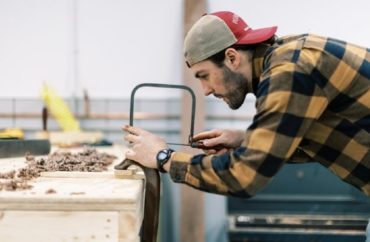 A new college is in the works that combines trade school with the Catholic intellectual tradition.

The College of St. Joseph will offer three tracks starting the 2023-24 school year, all of which combine theology with learning the trades. St. Joseph is the patron saint of workers and worked as a tekton, a skilled craftsman (sometimes erroneously translated as a carpenter).

The tagline of the Steubenville, Ohio university is “Learn a trade, earn a degree and graduate without crippling debt.”

“We will enroll 30 students for the inaugural class in the Fall of 2023,” spokesman Alex Renn told The College Fix via email on July 6.

“We are not accredited, yet, because part of the accreditation process is graduating a student, so we cannot become accredited until someone goes all the way through our program,” he stated in his email. “That said, we are of course working toward accreditation.”

Fundraising for the college is also off to a strong start, according to founder Jacob Imam.

“Thus far, we have raised approximately $3 million,” Imam told The Fix on July 6. “To reach maturity, we intend to raise an additional $9 million; but we have a sustainable model with the capital we currently have.”

He elaborated further on the idea behind the college in a recent interview.

“It’s a big big problem in our modern society…we don’t really know what universities are for,” Imam told Catholic commentator Matt Fradd on his show recently. Fradd is on the advisory board for the new college.

The university’s goals include helping students avoid debt, according to Imam.

Imam said students are racking up an average of $29,000 of debt for their undergraduate degree alone.

“That is not just numbers, but it is really something that inhibits freedom, you know, the capacity to act as you creatively desire,” Imam said.

“This isn’t an either or…you get to come learn the liberal arts…while learning how to be a craftsman,” Fradd said.

The three programs are a craftsman certificate, a bachelor’s degree with the basics of learning the trade and a six-year program that ends with a Catholic Studies degree and journeyman-level skills, according to President Mike Sullivan, who appeared on Fradd’s show.

Students in the six-year program will be placed specifically with Catholic tradesmen around the country.

That program costs $45,000 in tuition and room over three years plus another $5000 for the three years of apprenticeship, plus additional costs of living.

A strong faith life will also be part of the program.

“Our students will have access to daily Mass, regular confession, and perpetual adoration at the local parish,” the university explains on its website. “They won’t simply interact with other students, they’ll meet enthusiastic priests, model spouses, and troublesome kids.”

Students will also live in houses together to build community, according to the college’s website.

Editor’s note: The cost of the six-year program has been updated as has the location of the college.