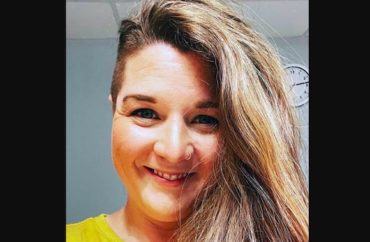 A member of the Washington University School of Medicine in St. Louis “Understanding Systemic Racism Team” was recorded informing her students that she will “shut that sh** down” if anyone tries to debate her on “systemic oppression.”

According to Fox News, Kaytlin Reedy-Rogier (pictured) told her class she has “a really hard time being neutral around issues of systemic oppression” and that “oftentimes you will know how I feel.”

But in a seeming contradiction, Reedy-Rogier said she is not “opposed to hearing other perspectives,” is “always willing to engage in dialogue with folks that may disagree” and will “not think less” of anyone if there’s a disagreement.

In the recording, Reedy-Rogier says

MORE: College to look into how its wasp mascot is related to systemic oppression

Reedy-Rogier’s lesson was part of WashU’s “Health Equity & Justice” curriculum which began in 2020, according to the report. After George Floyd’s murder that same year, the medical school indicated it would “require diversity and bias training for all searches and admissions processes including student, resident, fellow, faculty, and staff positions in education.”

The WashU School of Medicine Understanding Systemic Racism Team page to which Fox News links has since been altered; a cache of the original is here. Reedy-Rogier is listed as a “community engagement instructor” and a coordinator for the Division of General Medicine Pipeline to Compassionate Care Program.

It also appears Reedy-Rogier has deleted her Linkedin and Twitter accounts, the latter of which was highly critical of the U.S. Supreme Court overturning Roe v. Wade, according to its cache.

In a 2020 Facebook post announcing Reedy-Rogier’s “Outstanding Alumna” honor at the University of Illinois Social Justice Awards, the UI Diversity and Social Justice Education page replied to a commenter (who posted the recent Fox News article) that “racism, unciouscious [sic] bias, and systemic oppression all play a role in causing significant disparities in medical systems” and that “it cannot be denied that systemic oppression exists.”