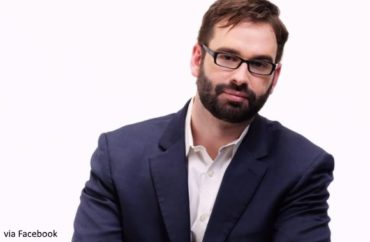 Activists at the University of Maryland are sounding an alarm of fatality ahead of a Monday lecture set to be given by Daily Wire personality Matt Walsh. The title of his talk is “The War on Reality: Why the Left has set out to redefine life, gender, and marriage.”

Walsh and Young America’s Foundation spokesman Spencer Brown shared an image on Twitter that shows a flyer telling students to stay away from the event and calling the author and speaker a “transphobic shitbag.”

This is how the Left at the @UofMaryland is responding to tonight's @YAF lecture w/ @MattWalshBlog. Rather than engaging in an open exchange of ideas, leftists are claiming Walsh is "a threat to all LGBT+ people" and "gets us KILLED" in a warning to students: "DO NOT ENGAGE." pic.twitter.com/CNNMRFEdme

Walsh’s Daily Wire bio describes the writer as “one of the religious Right’s most influential young voices.” He is known for voicing blunt views on Christianity.

“This is the kind of rhetoric that gets us KILLED,” the flyer says. “We will NOT entertain ‘debate’ about whether everyone deserves rights and basic human dignity.”

The insinuation of violence associated with his commentary prompted Walsh to issue a tweet in which he said such claims are “absurd,” adding sarcastically “I usually only ritualistically kill ONE person at my speeches. No need to make such a big deal out of it.”

Leftists at University of Maryland are claiming that my speech tonight might kill them. This is absurd. I usually only ritualistically kill ONE person at my speeches. No need to make such a big deal out of it. pic.twitter.com/ozvYPBAIKq

The flyer was circulated on Twitter by the “Prison Resistance Project” at the University of Maryland, which said “Fascists are not entitled to a platform, so let’s all make it clear tonight that reactionaries like Walsh are not welcome at UMD.”

Noted bigot Matt Walsh of the Daily Wire will speak at an event tonight. The ideology he espouses is a danger to our trans and non-binary siblings. Fascists are not entitled to a platform, so let's all make it clear tonight that reactionaries like Walsh are not welcome at UMD. pic.twitter.com/Ilq7NyipZX

YAF’s Brown told The College Fix in an email that “it is a shame that leftists on campus—the very place where speech, inquiry, and discussion should be most free—continue their attempts to demonize conservative viewpoints and scare students away from open dialogue.”

“To claim that Matt Walsh or his words during tonight’s YAF lecture pose any physical threat to any student is beyond absurd,” Brown said. “The only dangerous thing at the University of Maryland is the way in which students have been coddled to the point of being unable to handle diverse ideas. YAF encourages all students, especially those who disagree with Walsh, to attend tonight’s lecture and engage in the open Q&A that is the trademark of every YAF campus lecture.”

This is not the first time Walsh’s appearances on campuses have caused controversy. At UC Santa Barbara in 2016 a “safe place” was set aside for those upset with his visit. At Baylor University last year, students held a “Love Feast” counter-event in protest of his speech.