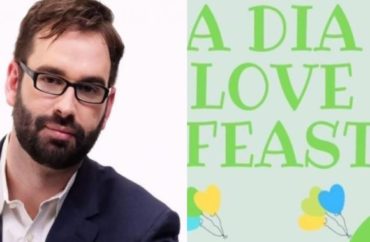 WACO, Texas — Matt Walsh’s speech at Baylor University on Tuesday night drew a large crowd and transpired without disruptions despite petitions and protests that preceded it.

One potential explanation for the lack of protests despite the uproar made over his visit — with some students calling it “hate speech” — may be a competing event sponsored by a division of Baylor’s Department of Multicultural Affairs called “Love Feast.”

Laura Seay, a Baylor alumna who helped plug the event on Twitter and who had advocated against Walsh’s speech, tweeted:

“Letter organizers have gotten some q’s about what Baylor folks should do Tuesday night. Our advice? Don’t give YAF & their speaker the attention they crave. Instead, attend Dia Love Feast, an alternative event celebrating the diversity that makes Baylor great.”

Another tweet added: “Want to support love & inclusion on Baylor’s campus? Show up tonight at Dia Love Feast, a great alternative to that other event happening on campus tonight.”

Letter organizers have gotten some q’s about what Baylor folks should do Tuesday night. Our advice? Don’t give YAF & their speaker the attention they crave. Instead, attend Dia Love Feast, an alternative event celebrating the diversity that makes Baylor great. 7pm, BARC 💚💛💚💛 pic.twitter.com/15StxeYrwA

This seems to have been an attempt to draw people away from the event, particularly those who took issue with Walsh, who had this to say via Twitter:

“The university counter programmed my talk and held a competing event to draw people away from it. We still packed the room though. I don’t think it’s a coincidence that the air conditioning wasn’t working from precisely 7 – 830 either. But we powered through it.”

Walsh also addressed the “Love Feast,” tweeting that “From what I was told they had something called the Love Dinner or Love Feast that was a direct response to my event. Baylor administration pretended to defend free speech but was trying to undermine the event quietly behind the scenes.”

No. From what I was told they had something called the Love Dinner or Love Feast that was a direct response to my event. Baylor administration pretended to defend free speech but was trying to undermine the event quietly behind the scenes. https://t.co/OHF7Kc4Dcd

Prior to his speech, the event prompted petitions denouncing it that garnered thousands of signatures. They attempted to have the event cancelled and claimed Walsh’s presence on campus threatened the physical and emotional well being of students and faculty.

“This [speech] cannot be allowed to take place. Please remove this from campus events,” one petition stated. “For the benefit of all LGBTQ+ students, alumni, and future students, this harmful hate speech must be kept off of our beloved campus.”

The student organization putting on the event, Baylor Young Americans for Freedom, also reported that their flyers had been torn down, and some members even reported receiving threats via Twitter and in their classes.

Walsh’s speech, titled “The War On Reality: Why The Left Has Set Out To Redefine Life, Gender, And Marriage,” covered the attempt by the left to redefine these key pillars of American society, and why that attempt will, if successful, have disastrous consequences.

To this end, Walsh spoke primarily about three major issues—abortion, transgenderism and gay marriage. He also called out the shout down culture and encouraged dialogue and debate.

Despite attempts to have his YAF lecture canceled, @MattWalshBlog addressed a packed house at Baylor tonight. #YAFonCampus pic.twitter.com/0IS974OB5T

“Hopefully you see that you need not be a bigot to stand for traditional marriage and traditional definitions of life and gender,” Walsh said. “Hopefully, in fact, we can all in this room pledge, from here forward, not to shout down arguments, any argument, by labeling it. Calling someone bigoted is not an argument. Calling someone racist or sexist is not an argument. It is a tantrum. It is a way of shutting down debate, not engaging it.”

Following the speech there was a brief question and answer session, in which only one person disagreed with Walsh’s positions. For all the bluster by leftists on campus, none were willing to come and engage with the controversial commentator.

Regarding this, Baylor YAF member Mackenzie Wright said “the lack of protestors was a surprise considering the topic of his speech as well as the actions of the students on campus. I’m not sure why people who disagreed didn’t ask questions, because they were definitely in the audience.”

She is likely referencing a brief event in which a leftist student berated Walsh with questions as he exited the venue.

As for Walsh’s speech, Baylor student Claire Poole said she enjoyed it.

“His thoughts on life, gender, and marriage were all very well articulated,” she said. “His use of analogies for his stances were helpful to get his point across and could have maybe helped those on the left to see things from a different point of view.”

Another Baylor student, who asked to remain anonymous, said “I personally lean towards the left for most of my political views, but I really enjoyed [the speech] … I actually respect and agree with more of his opinions than I expected.”