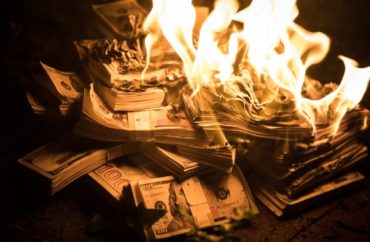 A liberal Catholic university that has fully embraced diversity initiatives and the LGBT agenda is facing a $13.4 million budget shortfall after nearly 250 students chose not to follow through on enrollment.

University of Portland received deposits for 1,100 students for the current semester, but only 860 enrolled at the Catholic college which costs freshman students $70,000 between tuition and room and board.

This has left University of Portland with a budget shortfall and officials have so far slashed 45 jobs, including a Title IX coordinator position.

“The University has already eliminated 45 staff positions yet [finance vice president Eric Barger] asserts that most of them were already vacant,” The Beacon reported. The budget deficit has not stopped the university from expanding its “Diversity Center,” however.

In fact, the university and its students are a major proponent of pushing liberal ideology.

Agitation from critics forced Parrish out as the “pastoral resident” available in the dorm halls to help students.

Dorm halls incidentally are seen as a way to extract more money from students, according to the university, now helmed by Robert Kelly, a former diversity administrator for Loyola University-Chicago

“Effective next fall, the University is requiring a two-year residency for all incoming freshman students,” the campus newspaper reported. “This means that the Class of 2027 will be required to live on campus for their freshman and sophomore year.”

“This choice was made to try and increase the revenue that comes from room and board, which makes up 16% of the university’s income,” the paper reported. “Currently, the capacity of room and board is sitting at 75%.”

“One of the long term goals is to bring that room and board revenue back up,” Barger, the finance official, told the campus newspaper.

A better idea might be to create long-term goals to bring the influence of Catholicism “back up” and stop giving in to leftism.