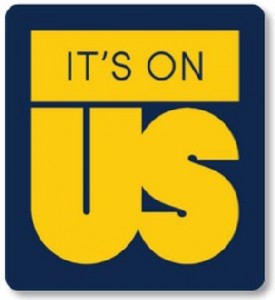 One might think that efforts to end sexual assault on campus would be cheered by all students, left-leaning ones included. Usually they are – unless said efforts are led by white men.

Case in point: A self-described “queer brown woman” and senior at the University of Michigan penned a lengthy rant in the campus newspaper against her school’s administration because the folks leading the campus’ anti-sexual assault campaign are “straight, white, cisgender men” and not enough “students of color” were consulted.

Nowhere in the 2,300-word tirade does she offer one tangible solution to campus rape in a screed that has gone viral with well over 1,500-plus Facebook Likes as of late Wednesday. Here she describes one of the planning meetings:

Where was the representation from Coalition of Queer People of Color? The Black Student Union? Anyone from the historically Black, [email protected], Asian and South Asian fraternities and sororities? Did CSG not realize that sexual assault happens to people who are not white and straight? To men?

… [Student government president Bobby Dishell’s] first order of business was to get people talking. Which meant get the straight, white, cisgender men in the room with no ostensible direct connection to the issue talking, throwing around “solutions,” and making assumptions without proper education about the issue.

Thanks for the clarification. I thought evil white men were the ones doing all the raping for the most part, so I appreciate you reminding us that homosexuals and people of color are also involved in this messy rape business. As to the notion that a room full of intelligent people – nevermind their skin color – can’t brainstorm an anti-sexual assault campaign effectively, that’s another matter.

Sexual assault was confused with sexual harassment and some people did not even know what consent really meant, despite using the word profusely.

Well, considering that at the University of Michigan “withholding sex and affection” and “discounting the partner’s feelings regarding sex” are officially defined as “sexual violence,” that confusion is understandable.

There was an excruciatingly painful lack of understanding and no substantial amount of research (if any) had been done into the root cause of the issue. In an attempt to depoliticize and de-emotionalize sexual assault, which by its very nature cannot be depoliticized and de-emotionalized, none of the balloon-headed, moronic men overly enthusiastic about “ending rape on campus” had assessed their role and space in a sexual assault awareness campaign. There was no self-awareness, no thought of assessing their own privilege, and no intention of criticizing their own role in rape culture. And there was especially no mention of ideas that helped other communities decrease violence.

Good point. Each man should have stood up, undressed, and said before the entire room: “I am a white man, and I am a privileged rapist.” That would have been a much better way to get the ball rolling, get to the heart of the matter, the “root cause of the issue” – as you say.

Buzzwords such as “Twitter campaigns,” “campus culture,” etc., were thrown around at a dizzying pace with no real substance attached. Representatives from the Athletic Department made sure they ate up half the time by talking about all the great initiatives they were taking to combat sexual assault in, I think, a desperate attempt to stop anyone from bringing up former Michigan kicker Brendan Gibbons.

… In the weeks following the meeting, lots of heterosexual, white, cisgender men changed their Facebook profile pictures to include the It’s On Us logo; released videos on how sexual assault on campus should totally be stopped, complete with compelling background music and random zoom-ins; and aggressively shared blog posts (written by themselves obviously). Apparently, the karmic laws of social media and the Internet state that publicizing how in support you are of a movement is exactly the same as challenging your own privilege and status as an oppressor in order to affect real change. So, instead of doing proper research, self-educating, and assessing space and power dynamics, these men were on a social media self-promotion campaign, intent on boosting their own image (for future POTUS races, I’m sure). …

How dare these students share a positive message of stopping campus rape when they have penises and white skin!

But at any rate, you judge them by the color of their skin, deciding since it’s white they must have no other motive to stop rape other than political gain. How about their sisters, female friends, future daughters – and a sincere concern for all humanity?

… in celebration of our apparent efforts, we went to a play about rape at a high school that was one of worst-written, misogynistic, heteronormative, atrocious plays I’ve seen. There was absolutely no trigger warning yet the naked body of a rape survivor was shown. There was complete disregard for any type of intersectionality; it excluded male survivors, homosexual instances of assault, and had no acknowledgement of racial dynamics. It neatly categorized high school students into the category of jocks (the rapists), the cheerleaders (the stereotypically “catty” girls who bully the survivor), the survivor and her friend, and the punk emo goth (the outcast voice of reason during the play). The incompetent playwright did not lend the play the gravity, nuance or emotion it required. Despite being based on the Steubenville rape case, there was absolutely no consideration given to the privacy, dignity and humanity of the Steubenville rape survivor. This disgusting play was proof of how much damage is done when people take on serious issues without bothering to educate themselves and do not take into consideration the emotional and social needs of the people who are being impacted. …

Ok, so on the one hand you flip out when a Michigan football player accused of rape isn’t mentioned at a meeting, but when this group of “heterosexual, white, cisgender men” finally do something to get in touch with that whole “self-awareness … assessing their own privilege … self-educating” stuff, you also flip out because they went to a play about white football players’ heinous sexual assaults? Something they could relate to and possibly learn from?

I’m tired of having my voice repeatedly stolen by rich, white, heterosexual, cisgender men like Dishell and Schlissel who claim they care for political reasons but have made it very evident that they do not. I am out of tears, out of cookies to give to privileged folk who sometimes behave like decent human beings, and generally just out of fucks to give.

Yeah, it’s super tough living in America, isn’t it? I have one final message for you: