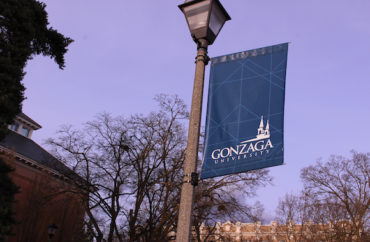 Gonzaga launched the project in February; diocese ‘was not consulted’

The Diocese of Spokane has expressed concern over a new LGBTQ+ legal clinic at the Catholic Gonzaga University, an initiative which opened last month and which local Catholic officials worry may run against ancient church teaching.

Gonzaga is reportedly “the first law school in Washington state, and in the Inland Northwest” to launch such a clinic, the law school’s dean said at the time.

Concerns have arisen that the clinic may violate Catholic teaching regarding sexuality, which holds that homosexual behavior is “intrinsically disordered.” One campus clergyman, Fr. Bryan Pham, told Catholic News Agency that he doubted that “the law school or the clinic will be doing [anything] that would be in opposition to the Church’s teaching, other than the fact that we want students to engage in this in a civil context of a law setting.”

The clinic, Pham said, is not “about converting people or trying to get them to believe one way or another. The law in this country is pretty clear about discrimination, so how do we expand that conversation in a much broader context?”

Yet the Spokane Catholic Diocese—the local governing district of the broader Catholic church—has publicly expressed reservations about the new clinic. Bishop Thomas Daly “is concerned about the new legal clinic at the Gonzaga Law School,” the diocese said in a statement last month.

“While the Catholic tradition does uphold the dignity of every human being, the LGBT Rights law clinic’s scope of practice could bring the GU Law School into conflict with the religious freedom of Christian individuals and organizations,” the diocese said.

Bishop will reportedly meet with school officials to discuss clinic

Diocesan spokesman Mitchell Palmquist declined to offer much comment on the new clinic, though he suggested that the bishop will soon meet with campus officials to ensure it is in line with Catholic teaching.

“Until the university administrators and Bishop Daly are able to sit down and discuss the clinic the diocese cannot comment precisely on the scope of the legal advocacy that will be undertaken by the Lincoln LGBTQ+ Rights Clinic,” Palmquist said.

“We hope that the clinic will not promote issues that run contrary to Catholic teaching on human sexuality, the nature of marriage, or the dignity and nature of the human person,” he added.

The diocese said in its statement last month that it was “not consulted” prior to the opening of the clinic.

Gonzaga is aware of the diocese’s concerns and will address them “in future conversations,” university spokeswoman Mary Joan Hahn told The Lewiston Tribune. Campus spokesman Chantell Cosner, meanwhile, said the university would “speak more specifically about the work of the clinic later this fall.”

The university and its Center for Civil & Human Rights told The Fix that they were not taking any queries about the clinic.

In 1993, Gonzaga denied official university sanction of an LGBT group on campus. More recently, the university recognized an LGBT advocacy center in 2004. The school also hosts a Queer Student Union and a Gender and Sexuality Alliance.

Unlike those campus programs permitted by Gonzaga in the past, the new clinic recruits second-and-third year law students to give legal assistance to the target LGBTQ demographic.

MORE: Catholic university still can’t say what will be in LGBT workshops

About the Author
Ben Walls
College Fix contributor Ben Walls is a student at Virginia Tech majoring in multimedia journalism. He is the news editor for the Collegiate Times and an active member of Students for Life of America.