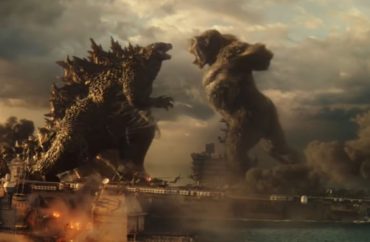 The mainstream campus newspaper at Stanford University that has refused to run an op-ed critical of Black Lives Matter in the past is now apologizing for a tweet it posted that used racist imagery.

Its editor in chief has also said the staff will undergo diversity training in the wake of the controversy.

The controversial tweet by The Daily’s humor section compared student government presidential candidate Christian Giadolor, who had previously been a member of Stanford College Republicans, to King Kong, a monstrous gorilla character starring in the new “Godzilla vs. Kong” movie.

The tweet jokingly describes Kong and Godzilla as former lovers turned enemies in reference to a piece on the Fountain Hopper, an independent student publication. It references the fact that Giadolor and Brown had a deep friendship at one point.

While the paper’s contributors have repeatedly accused the school’s College Republicans of racism and anti-blackness, it is now on the receiving end of such claims.

“You’re comparing a Black student student government candidate to a gorilla. That’s as racist as you can get,” Stanford College Republicans President Stephen Sills told The College Fix in a telephone interview.

The tweet did not go over well with Stanford students.

Shortly after posting, it was removed by The Daily, but not before commenters took to voicing their feelings over the post.

The Daily has since written a letter from the editor apologizing for the tweet and has committed to diversity training for the organization.

“We published this tweet thoughtlessly, and without consideration of its racist implications. I deeply apologize for the racist imagery that the tweet put forward, particularly given the anti-Black history of the King Kong figure as a hypersexualized caricature of Black men,” writes editor in chief Erin Woo in the article.

“I am so sorry for the harm it has caused the Black community and the students referenced in the tweet. I also apologize that it took students from the Black community to raise concerns before The Daily took action on the tweet, and that our initial response to the community member who flagged the tweet was hasty and insensitive,” Woo continued.

Stanford College Republicans were quick to issue a statement in response, condemning The Daily for the tweet, pointing out how the mainstream student newspaper had rejected an op-ed from the organization in the past, citing its alleged anti-blackness.

“Last summer, The Stanford Daily told us that they would not publish an op-ed critical of Black Lives Matter because somehow criticizing BLM is ‘anti-blackness.’ Last week, The Stanford Daily published a satirical tweet comparing a black student government official to a gorilla,” the statement reads.

“If The @StanfordDaily cared about ‘anti-racism,’ their EIC, @erinkwoo, who allowed for the publication of a tweet comparing a black student to a gorilla and was recently hired by the @nytimes, would resign and give her spot at the NYT to a someone from the black community!” the organization added on Twitter.

The Stanford Daily did not respond to requests for comment from The College Fix asking whether College Republicans were valid in their rebuttal.

The response from College Republicans was due in part to The Daily’s numerous attacks on the organization alleging them to be racists.

The Daily made it known that Giadolor had once been a member of College Republicans in an article which put his past into question. The paper also refused to publish an op-ed criticizing Black Lives Matter as violent. (The op-ed was later published in the Stanford Review).

The Stanford Daily’s opinion editors called the College Republicans racist and published an opinion piece calling for the group’s removal from campus.

“They’ve always reviled our organization for that because we’ve always been very successful at exposing The Stanford Daily as the leftist political rag that it is,” Sills said of The Daily to The College Fix.

Giadolor did not respond to a request for comment from The College Fix.