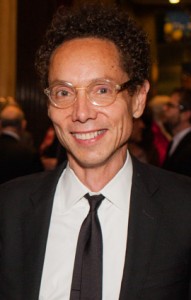 This would have been fun to watch.

Bestselling nonfiction author and journalist Malcolm Gladwell, known for The Tipping Point and David & Goliath, gave a talk at the University of Pennsylvania, The Daily Pennsylvanian reports.

“Legitimacy theory” explains why Americans generally pay their taxes when it’s easy to cheat the system, Gladwell said – and why Penn is illegitimate:

To relate the legitimacy theory to Penn students in particular, Gladwell explained that the 10 wealthiest private schools in the nation, including Penn, receive the greatest amount of tax subsidies. As a result of these subsidies, the average Penn student receives $27,000 worth of benefits while the average student at Penn State receives a mere $9,000.

“Is there a reason why Penn gets such a high proportion of taxpayer money?” he asked. “Is it the case that Penn does a better job at making education accessible?”

Gladwell did not think so. He claimed that only seven other schools serve a smaller percentage of disadvantaged kids than Penn, yet another example of inequality that he believes undermines the legitimacy of American higher education.

“There is no justification for why you should get a subsidy three times that of someone at a public school,” Gladwell said. “You need to stand up and say that you do not want to profit from a version of authority that is not fundamentally legitimate.”