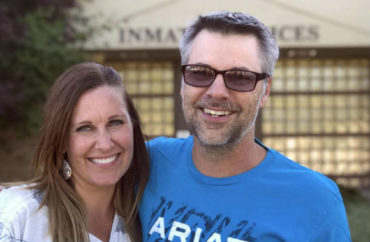 The latest fad in law enforcement is “trauma informed” investigations into sexual-assault accusations.

Calling them “investigations” is a stretch – the purpose is to give alleged victims fewer opportunities to share details that can reveal inconsistencies in their stories. In other words, to predetermine the result of the investigation and make a prosecutor’s job easier by denying the defense potentially exonerating evidence.

These pseudo-investigations are already common on college campuses, but thankfully, not all police departments are using these techniques, and not all district attorneys want to send innocent people to jail – even if it means compromising their win record.

A man who was accused of molesting a minor saw his 50-year prison sentence tossed – 18 months in – after his accuser’s voluminous details provided the evidence needed to discredit her story.

It’s nice to have a positive story come out of my home state of Oregon, whose national claim to fame is banning black people well into the 20th century, though the story also raises doubts about Oregon’s brand of justice in the 21st century.

‘Made a huge impression on the jury,’ but the DA didn’t realize it would blow up

The Associated Press reports that Joshua Horner was convicted last year even though the jury wasn’t unanimous, a legal quirk allowed in Oregon for non-murder felony cases (already sounds like a Title IX proceeding).

The 42-year-old plumber’s accuser claimed that he shut her up by shooting and killing her dog, “a black lab named Lucy,” and threatening to kill her other pets if she went to police. This claim was first raised mid-trial and “made a huge impression on the jury,” Oregon Public Broadcasting reported.

The Oregon Innocence Project agreed to take Horner’s case in part because of this failure by both prosecution and defense to investigate the late-breaking dead-dog claim, Legal Director Steve Wax told OPB.

My lengthy aside to gripe about conveniently blind prosecutors and incomplete reporting:

Deschutes County District Attorney John Hummel told the AP his office had “no credible reason to question” the dead-dog claim at trial. This is hard to believe, although previous reporting has been ambiguous about Horner’s exact relationship with his accuser, making it difficult to tell whether Hummel’s office ignored red flags.

The Oregon Innocence Project said his “daughter” accused him, without specifying if she’s his stepdaughter. The AP says Horner’s “then-girlfriend” had reportedly given Lucy the dog away, which suggested it was also her daughter and that the mother was covering up the daughter’s lie. The project refers to a “complaining witness [who] filed a false report of abuse by Josh’s wife, which further damaged her credibility.” The trial was in 2017.

Horner married his wife (below) shortly before charges were filed in 2014. This couldn’t be the “then-girlfriend” if it’s his accuser’s mother – could it?

It was only Thursday when The Washington Post filled in the gaps left by clumsy reporting, citing “transcripts filed with the Oregon Court of Appeals”:

Between 2006 and 2013, the witness told the court, her father, Joshua Horner, had groped her breasts and vagina on multiple occasions. She was 5 when the abuse started, the same age as when her parents divorced, the witness said. Throughout the years, Horner also allegedly penetrated her with a Ken doll, a gun and a pencil, and forced her to watch pornography as well. The witness opened up about the heinous acts only in 2014, she testified, in part because her father had sealed her silence with threats to her family and pets if she talked, she said.

This is the accuser’s explanation for letting her father molest her for seven years before telling even her mother. It turns out Horner was living with his new girlfriend Kelli, whom he would soon marry, but his daughter still saw him “regularly,” according to the Post.

After “an argument about the girl’s chores,” the accuser’s mother – Horner’s ex-wife – told her she would live with Horner, her soon-to-be-remarried father, every other week. That’s when the accuser dropped the bombshell accusations:

“The allegation that the complainant made was made the same week she learned Mr. Horner was going to remarry,” [the Oregon Innocence Project’s] Wax said. The accuser admitted in court that she did not like Horner’s new wife, and Wax said the daughter had made an assault allegation against the new wife as well. However, local police investigated that claim and found it was baseless.

The AP’s claim that Horner’s “then-girlfriend” had given the dog away apparently referred to his ex-wife: The Post says Horner gave away the dog (it kept killing the neighbor’s chickens) when his daughter was two, making a mockery of her claim that he threatened to kill the dog to keep her quiet.

Horner’s problem was he only knew the new owner’s first name. Fortunately the dog’s longtime veterinarian knew the full name.

MORE: When accusers lie, it means they’re telling the truth?

(This rigamarole might have been easier to put together before the Post‘s excellent reporting if the AP, which knows the identity of the accuser, had named her. It says it doesn’t identify “alleged victims of sexual abuse,” apparently even after they’ve been caught lying under oath about why they waited so long to report.)

Whatever the reason for the DA’s incurious response to the dead-dog claim, Hummel didn’t stop the accuser from talking about the dog, as “trauma informed” techniques would dictate when the accuser gets too specific.

Thank heavens he didn’t, and that Hummel realized his goof when the Oregon Innocence Project asked for his help tracking down Lucy. (It was half-noble: Hummel’s predecessor had indicted Horner, so he wasn’t quite endangering his own win record, and Hummel campaigned “on a platform of criminal justice reform,” according to OPB, so his action may help him burnish his image.)

This strangest of duos, an innocence project and a prosecutor, eventually tracked the dog to the coastal town of Gearhart, more than four hours away, the AP says:

That key evidence showed the complainant had not been truthful when testifying, the district attorney said.

“Lucy the dog was not shot. Lucy the dog is alive and well,” Hummel’s office said in a statement.

Fox News reports that the project volunteer who found Lucy said she was “drinking a bowl of water and sitting in shade underneath a porch,” and that her “adorable shaped head and really long ears” immediately identified her as Lucy.

It wasn’t actually Lucy’s continued existence that got Horner a new trial – it was the judge’s refusal to let his lawyer challenge the prosecution’s PTSD “expert” (sounds like Title IX, again!). But after Lucy was found alive and well at the beach, the judge scheduled to oversee the second trial dismissed it.

Horner’s accuser didn’t show up for a meeting in August to discuss her testimony, and she “ran away” when a DA investigator tried to visit her at home, according to the AP. (The Post, again, is even more detailed: Hummel’s motion to dismiss said the accuser “was already sprinting down the driveway and disappeared in the distance.”)

Joshua Horner was accused of sexual abuse and killing the complainant’s dog. His case was dismissed when Lucy the dog was found alive and well. pic.twitter.com/wa4tc2ivuq

Look what happens when you don’t carefully coach accusers

This was the four-year-old Oregon Innocence Project’s first exoneration. Wax, the group’s legal director and a veteran public defender, told the AP it owes its victory to something practically unheard of in child sex abuse cases: objective evidence. “Finding Lucy alive showed the complainant lied under oath in her testimony.”

Wax told OPB that it found Horner by distributing a questionnaire in prisons. He had only served six months when the group took his case; in its other active cases, clients had already served 10 to 20 years when it got involved.

The project is using this case to shine a light on the systemic failures, particularly in sex-abuses investigations, that made Horner’s conviction possible:

He said Oregon’s guidelines for investigating child sex abuse allegations should be amended. The project also advocates reforming eyewitness identification, interrogation practices, discovery practices “and other policies that do not serve to protect the innocent or punish the guilty.”

The project is too polite to say it, but the “interrogation practices” it wants to reform almost certainly include trauma-informed techniques.

These are justified by pseudoscience that claims accusers slowly reconstruct their memories after a trauma-inducing event like sexual assault – in other words, that their final (coached) narrative is the authentic one. (We know what can happen when police actually do their jobs.)

The due-process group Stop Violent and Abusive Environments is using this case to remind the public about the toll of false accusations.

In a press release Wednesday as part of “False Allegations Awareness Month,” the group cited findings from the National Registry of Exonerations. It claims more than half of exonerations overall, and more than eight in 10 for child sex abuse cases, are caused by false allegations or perjury.

It also cited the results of its 2011 telephone survey: Nearly 10 percent of respondents said they had been falsely accused of child abuse, domestic violence or sexual abuse, and one in six said they personally knew someone who said they were falsely accused. (Keep in mind this was before the Obama administration’s draconian reinterpretation of Title IX had worked its way through higher education, scaring colleges into revoking basic protections for accused students.)

If an accuser is caught in a lie, according to University of Mississippi materials unearthed in a federal lawsuit, that should be seen as a “side effect of an assault.”

UPDATED: The Washington Post filled in many of the reporting gaps after this article was published, clarifying Horner’s relationship to his accuser and her mother and how his pending remarriage affected the accusations. The article has been amended in light of Post reporting.