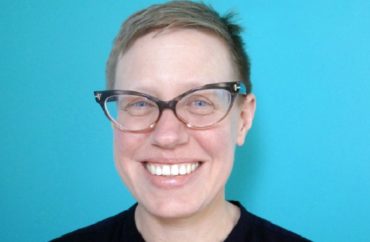 A self-described “Marxist lesbian” has just been elected the new president of the American Library Association.

“I just cannot believe that a Marxist lesbian who believes that collective power is possible to build and can be wielded for a better world is the president-elect of @ALALibrary,” Drabinski wrote on Twitter on April 13. “I am so excited for what we will do together. Solidarity!”

I just cannot believe that a Marxist lesbian who believes that collective power is possible to build and can be wielded for a better world is the president-elect of @ALALibrary. I am so excited for what we will do together. Solidarity!

And my mom is SO PROUD I love you mom.

Drabinski’s campaign did not focus just on obtaining more funds for libraries or increased pay and benefits for librarians.

Her “vision for ALA” is to use the “collective power” of members to tackle a host of political issues.

“The consequences of decades of unchecked climate change, class war, white supremacy, and imperialism have led us here,” she wrote on her campaign website. “If we want a world that includes public goods like the library, we must organize our collective power and wield it.”

“The American Library Association offers us a set of tools that can harness our energies and build those capacities,” she said.

She proposed a “Green New Deal for libraries,” as part of her platform. “Floods, hurricanes, wildfires, and other consequences of climate change threaten libraries, library workers, and library publics around the world,” Drabinski wrote. “We must build on recent association work in this area and connect to broader public legislation in order to preserve libraries and communities for an uncertain future.”

She also promised a “global vision of librarianship in which international cooperation and exchange are central to equity and justice.”