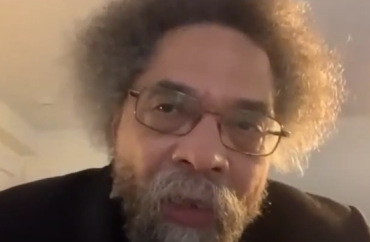 West has no medical degree or healthcare training

The Department of Surgery in the Jacobs School of Medicine and Biomedical Sciences at the University at Buffalo has launched an Anti-Racism and Health Care Equity initiative.

The initiative includes a lecture series, with Harvard University Professor Cornel West as the inaugural speaker, presenting a speech via Zoom called “Beyond the Knife” on February 18. At the event, West discussed systemic racism, recent social movements and their relation to healthcare.

“That’s the barbaric dimension of our precious and fragile experiment with democracy.”

“Brother Martin [Luther King Jr.] used to tell us that the worst form of inequality is the very fact that we are the richest nation in the history of the world and still have so many people of all colors, disproportionately black and brown, who don’t have access to high-quality healthcare,” West said.

West has degrees in philosophy but has no medical training or any degrees in sciences.

The chair of the surgery department explained why he invited West as the inaugural speaker.

“Cornell [sic] West is one of the most well-regarded voices in the topic of social justice and equity in general in this country,” Steven Schwaitzberg told The College Fix via an email. “Extending a view of equity into the healthcare field is a natural extension of what he does on a daily basis.”

The medical professor gave more information about why the surgery department is getting involved in anti-racism efforts.

“This event is part of a multi-point plan to address aspects of systemic racism that we thought we could have an impact on,” Schwaitzberg told The Fix. “We work at many levels including high school colleges supporting underrepresented minority medical students to create greater equity for the future.”

Lecture series builds on a history of social activism

The department has a history of participating in social justice, such as bringing meals to underprivileged kids when the Covid-19 pandemic arrived and fundraising for the local Buffalo sanctuary for victims of domestic violence, according to the medical school professor.

“Nobody should be surprised that surgeons do this,” he told The Fix. “We are members of the community just like anybody else, and we care for patients across a very wide spectrum of history, access, culture, race, and orientation.”

Schwaitzberg said that his department has written about disparities of access to care and worked with other doctors to identify neighborhoods where healthcare outcomes are the poorest in order to bring the same advanced medical technology to everyone “regardless of their status.”

A mentorship program and research opportunities for minority students will begin this summer to address inclusive representation in surgery and the role of racism in preventing access to healthcare, according to the university news release.

MORE: University of Minnesota forestry department accused of being too white