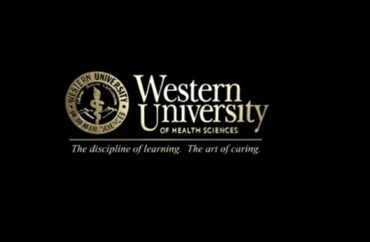 New hire will start on November 1

A California and Oregon-based medical school has hired its first “Vice President for Humanism, Equity and Anti-Racism” who will begin his new job on November 1.

Appavoo’s career included “research and practice [and a] focus on intersectionality, transformative DEI leadership, and systemic change-agency in higher education,” according to the news release.

“Dr. Appavoo brings the depth of education and experience to help us realize to the fullest our values of humanism, diversity, inclusion, equity and anti-racism,” the university said in a statement.

The College Fix emailed spokesperson Rodney Tanaka on September 16 and October 6. The Fix asked if he could comment on the link between anti-racism and humanism.

The College Fix could not locate contact information for Appavoo. He comes from Southern Oregon University where he worked for two years as the “Chief Diversity and Inclusivity Officer.” The Fix emailed Jonathan Baez, a staffer in the Oregon school’s diversity office for comment but did not receive a response.

Baez did not respond to an email that asked how the diversity department combined humanism and anti-racism as a part of their mission.

Western University is committed to integrating humanism and education.

“The establishment of this position and development of the Center for Humanism, Equity, and Anti-Racism are central to the continued evolution of WesternU’s commitment to our humanistic mission,” the university’s president said in the news release. “Dr. Appavoo brings the depth of education and experience to help us realize to the fullest our values of humanism, diversity, inclusion, equity and anti-racism.”

Humanism is at its core a rejection of the idea of a Creator in favor of reason and science.

According to The Bristol Humanist Group, humanism can be defined as, “an approach to life based on reason and our common humanity, recognizing that moral values are properly founded on human nature and experience alone.” The group said it is about “living well without religion.”

Humanism is also cited as a philosophy devoid of a supernatural power. The Humanist Society of Western New York, says humanism is “a joyous alternative to religions that believe in a supernatural god and life in a hereafter.”

Anti-racism is a term popularized by Professor Ibram Kendi of Boston University.