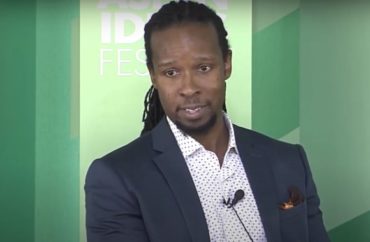 If Boston University Professors Ibram Kendi and Azer Bestavros have made any progress on a promised racial data tracker, they are doing a good job of keeping it a secret.

Six months after the pair and the private university’s Center for Antiracist Research announced its Racial Data Lab to “put BU at the center of the emerging field of racial data science,” there has been no apparent progress made on the project.

“The racial data will be regularly updated on an online dashboard, displayed as infographics, and easily navigated by users,” the December 2020 news release promised. No such dashboard is publicly viewable at the center, which has received $10 million in funding from Twitter CEO Jack Dorsey.

The College Fix did not hear back from a number of people associated with the project who were asked for updates on it or if the data tracker had been abandoned.

Professor Bestavros did not respond to questions on May 12 and June 1 that asked for an update on the project, what he was working on with it and where people could find the work he and Kendi had completed so far.

While the center at BU has a “Racial Data Lab” tab, it does not appear to contain any new research from Bestavros and Kendi. It links out to “COVID Racial Data Tracker” from The Atlantic, which has not been updated since March 7.

While Kendi played a role in starting the tracker, a team of volunteers with the liberal-leaning publication did the work in compiling the data, according to a statement provided to the Washington Free Beacon. The conservative news site wrote a detailed article on Kendi’s history of making big promises but not always coming through on his projects.

Attempts to receive updates from several members of Kendi’s nearly 25-person team were not fruitful. Kendi does not have a publicly available email. The center is hiring for four new positions for an “Antiracist Tech Initiative.”

Editor for the project did not respond to message

Aviva Schwarz, the data editor for the data tracker, did not respond to a LinkedIn message on May 13 that asked for an update on the project and to clarify if the project would consist of anything besides the Atlantic tracker.

Because Schwarz did not respond to the initial message, The Fix could not send her another message. Her email is not publicly available on the antiracist center website.

Tami Nguyen, a communications specialist for the antiracism center, did not respond to an email on May 12 nor June 1 that asked about the status of the data collaboration project with Bestravros. The Fix also asked if there were any preliminary results from the research and she could provide a timeline for when the tracker would be visible on the website.

The College Fix also asked if the data lab had been abandoned or frozen, but received no response.

Professor Monica Wang, the narrative director for the center, also did not respond to media inquiries regarding the data tracker.

The Fix previously asked Kora Fernandez, the communications and events manager for the center, for information on the data lab and if work on it had been paused. In April, Kendi had announced a new partnership with The Boston Globe to create a new publication with anti-racist content.

MORE: Questions remain on how Kendi spends his time