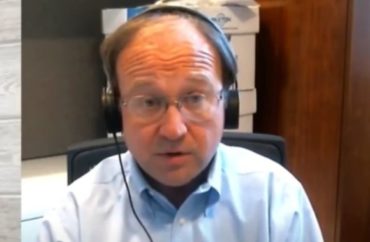 When a new poll comes out that purports to show support for abortion or when a study appears to show that abortion restrictions actually lead to more abortion, pro-lifers can count on a business school professor to refute or analyze the numbers and cut to the heart of it.

Michael New (right), a social science researcher and a professor at the Busch School of Business at the Catholic University of America, has been a reliable voice for the pro-life movement. But he was not always as passionate about the issue.

Abortion “seemed like another injustice in a world full of injustices. I certainly did not run to the barricades and start doing pro-life work,” New told The College Fix via email. Despite being a self-described “cradle Catholic” who learned about abortion while attending Catholic grade school and high school, he did not at first jump into pro-life activism.

That changed when he found himself spending more time with conservative groups while attending Dartmouth, where he studied government and economics.

“I entered Dartmouth College in fall of 1993 and had a tough freshman year,” New said. “One of the few things I enjoyed was my involvement with conservative political groups on campus.”

“At some point, my freshman year, I probably would have been comfortable identifying myself as pro-life,” the professor said.

The calling came while at Mass during his sophomore year — soon after, he spoke with a priest who pointed him to a student starting a Coalition for Life group at the Ivy League university.

His student activism led him into research as a post-graduate student into the effect of state laws on reducing abortion.

One of the first political scientists to study abortion statistics

New said that few political scientists were researching abortion at the end of the 20th century.

After he convinced the Heritage Foundation to publish his work, he saw his research spread unexpectedly through the pro-life movement.

“I thought that pro-lifers would pat me on my head, thank me for the study, and we would go our separate ways,” New told The College Fix. “It did not quite work out that way. There was plenty of interest in my findings and I received a number of invitations to write and speak.”

I realized that pro-life movement did not really have its own in-house social scientist who could produce research and critique the studies published by the Guttmacher Institute and other groups that support legal abortion. As a result, I decided to devote more time to writing and research about sanctity of life issues.

He thanked publications like National Review Online for regular publication of his work.

“Two of my studies about the impact of state level pro-life laws have been published by State Politics and Policy Quarterly which is considered to be the top state politics journal in the country,” he said too.

His work is the “gold standard” in analysis, Kristi Hamrick, a spokesperson for Students for Life of America, said in an email to The Fix.

She called New’s writings a “must-read.”

Still an activist at heart

While New spends time using his statistical and social science background to advance the pro-life movement, he does not confine his work to his office.

It’s where he has found his greatest victories.

“I greatly enjoy my ability to write and comment on sanctity of life issues. However, my favorite victories occur whenever someone on the Washington, DC sidewalk counseling team convinces an abortion-minded woman to choose life for her unborn child.” New said (counseling below in a photo from 2019). 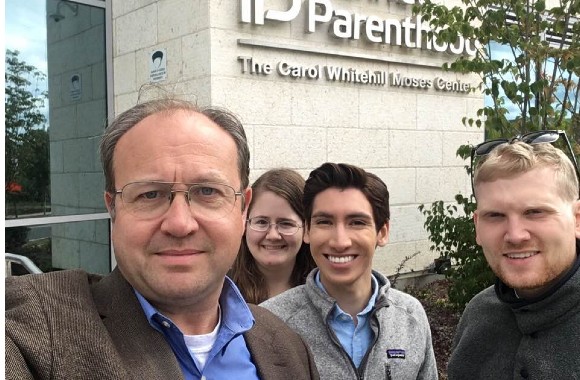 “I always tell my pro-life friends that the most important work done by pro-lifers often does not make the front page of the paper,” the professor said. “However, the tireless efforts of pregnancy center employees, prayer warriors, and sidewalk counselors are saving innocent lives every day.” 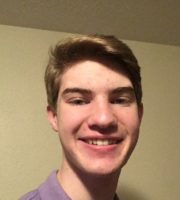